Messi is the clear Ballon d’Or favourite: He has no rival 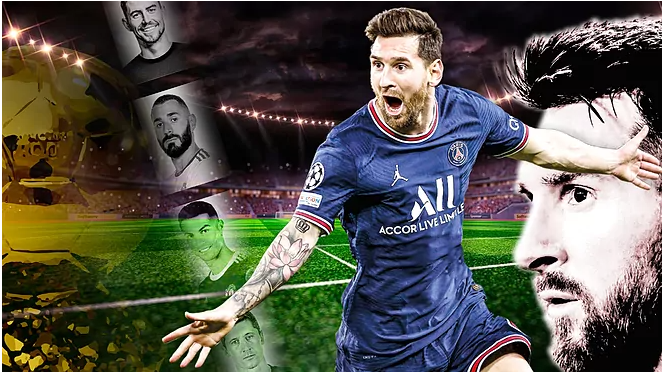 The race for the 2021 Ballon d’Or has entered the final sprint, with the likes of Karim Benzema, Robert Lewandowski, Cristiano Ronaldo and Jorginho in contention. However, one candidate is the clear favourite to lift the trophy on November 29, according to the surveys.

Lionel Messi received the backing of 34 percent of MARCA readers in a recent poll, with 26 percent in favour of Benzema and 11 percent choosing Lewandowski.

Messi has enjoyed yet another stunning year and recently earned a rave review from one of his closest friends, Luis Suarez.

“I believe that Messi has no rival.”

Messi is still in top form

The Argentine has showed no signs of slowing down in 2021, scoring 40 goals and registering 14 assists in 48 appearances for Barcelona, Paris Saint-Germain and Argentina.

He lifted yet another Copa del Rey with Barcelona before ending his wait to lift a trophy with Argentina by leading his national team to Copa America glory over the summer.

Now the 34-year-old is shining at Paris Saint-Germain, having left his comfort zone to continue performing at the highest level.

Even his rivals are praising him

Aside from Suarez‘s praise, other leading players and coaches have waxed lyrical about the Argentine over the past year.

“If I didn’t coach Messi… I would still say Messi. I am speaking from the heart.”

Jorginho, who will be competing with Messi for his first Ballon d’Or trophy, even conceded recently that he believes Messi deserves to win it.

“If I win the Ballon d’Or instead of Messi it will be a scandal, he must always win it,” said Jorginho in a recent interview with Antonio Cassano on Twitch.

Full steam ahead for the seventh

The Argentine himself recently played down his chances of lifting what would be his seventh Ballon d’Or, but stated that it would be “magnificent” to do so.

“I don’t feel like the favourite and I never liked to speak about this until the result,” Messi told France Football.

“If it happens, it would be magnificent.”

His last Ballon d’Or win came in 2019 and Messi will be looking to add to a trophy cabinet featuring 38 titles, six Ballon d’Or trophies, eight Pichichi trophies and many more awards.