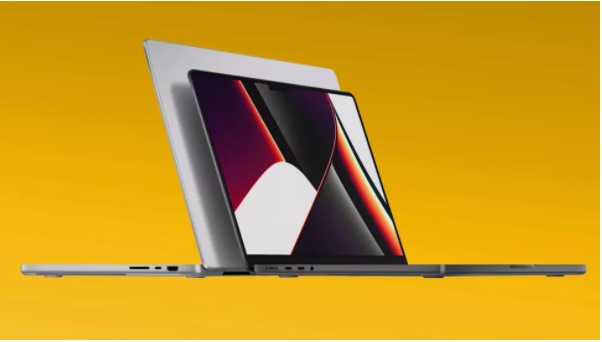 The new MacBook Pro 2021 14-inch and MacBook Pro 2021 16-inch are the most powerful laptops ever, thanks to the new M1 Pro and M1 Max. These chips offer a serious upgrade to last year’s M1. Apple claims the chips, particularly the beefy M1 Max, rival or surpass GPUs from AMD and Nvidia.

The M1 Max’s 32 GPU cores are certainly impressive. As WCCFTech reported, YouTubers like Vadim Yuryev provided stats of the M1 Max and claimed the chip can deliver 10.40 Teraflops of performance compared to PS5‘s 10.28. The Radeon RX Vega 56 (10.5 teraflops) and GeForce RTX 2080 (10 teraflops) are also within this range. And in our own MacBook Pro 2021 benchmark testing, the M1 Pro and M1 Max-equipped machines both achieved some stunning results.

While the M1 Max is objectively powerful, that doesn’t mean the MacBook Pro packed with the chip is automatically a gaming laptop or. That isn’t to say the potential isn’t there. The MacBook Pro or a future device with an M1 Max could be a solid gaming platform. Unfortunately, there are two significant obstacles preventing that from happening.

Where are the macOS games?

The first thing preventing the MacBook Pro from being a viable gaming platform is the lack of noteworthy titles for Mac. Fortnite, Hades and Disco Elysium are solid titles, but where are the Grand Theft Autos, Assassin’s Creeds or Witchers? You can find them on Steam, GoG and gaming consoles but you won’t find them on macOS.

Only four titles on this list have Mac support. That’s great, but they aren’t exactly brand-new games. Team Fortress was released in 2007 while Dota2 and Rust came out in 2013. Hit Steam games like Resident Evil Village, Hitman 3 and Mass Effect Legendary Edition are not on Mac. You could have a program like Parallels run Windows on Mac, but it’s not as solid as having native Mac support.

A steep price to pay

Even if Mac had a wealth of AAA and indie games, the other major barrier preventing it from being a viable gaming platform for most consumers is price. $3,299 for the decked-out MacBook Pro with an M1 Max chip is a hard pill to swallow, even if you have a well-paying job. The 16-inch MacBook Pro starts at $3,499 with M1 Max.

Powerful Windows gaming laptops cost considerably less. For example, you can get an Alienware M15 R4 gaming laptop with 10th gen Intel Core i7, Nvidia RTX 3080 GPU, 32GB of RAM and 1TB of storage for $2,609. The 17-inch MSI GE76 Raider with a RTX 3080, 300Hz refresh rate and 1TB storage goes for $3,099, although more expensive and powerful configs are available.

If you’re a professional musician or 3D illustrator, then the price of the new MacBook Pros is justifiable. If you’re a gamer with that kind of money, you’re better off buying a gaming laptop or gaming desktop like I did.

Gaming is possible on the new MacBook Pros. Both the M1 Pro and M1 Max are more than capable of delivering high-quality graphics and smooth performance. But at present, the lack of AAA titles doesn’t justify the price of Apple’s newest laptops. This could change in the future, especially if Apple throws enough money at developers to get big titles on macOS.

For now, you’re better off with true gaming laptops like the Razer Blade 15 Advanced or the Asus ROG Zephyrus G14.

Messi is the clear Ballon d’Or favourite: He has no rival