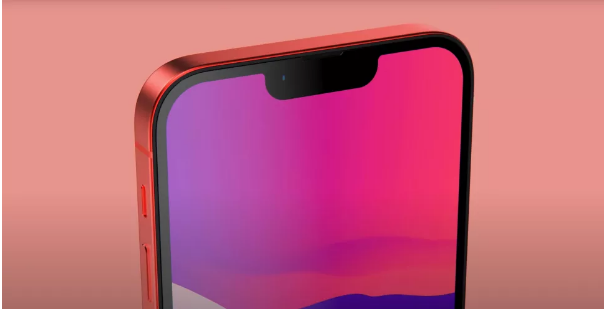 Feast your eyes on a flagship phone these days, and you’ll likely see a device with a fast-refreshing display. Whereas the majority of phones get by with a screen that refreshes at 60Hz, many of the best phones out there now ramp up that rate to 120Hz, especially if there’s activity that would benefit from the smooth look that comes with a higher refresh rate.

The ranks of fast-refreshing phones should expand this week. Apple is set to announce the iPhone 13 during its Apple event today (Sept. 14). At least two of the those phones — likely the more expensive iPhone 13 Pro models — are supposed to feature displays with an adaptive refresh rate that can automatically ramp up for a smoother, more immersive experience. And that means iPhone users will join the ranks of Galaxy, Pixel and OnePlus owners in experiencing first-hand the wonders of 120Hz displays.

In that sense, this is a lot like the addition of 5G to last year’s iPhone 12 models. The iPhone was hardly the first phone to add 5G connectivity — in fact, Apple lagged behind many other top phone makers in jumping on the 5G bandwagon. But when the iPhone 12 did debut as the first 5G-ready iPhone, that put the technology in the hands of more people, given the popularity of Apple phones.

With many iPhone fans all but certain to get their first look at 120Hz displays this week, it’s worth reviewing how exactly a fast-refreshing display can improve your smartphone experience while also considering why Apple might limit this feature to just a couple phones.

Here’s what you need to know about 120Hz displays in advance of this week’s likely iPhone 13 debut.

A persistent rumor surrounding the iPhone 13 is that Apple is going to adapt low-temperature Polycrystalline oxide, or LTPO, technology for some of its new phones. LTPO isn’t a mystery if you follow phone announcements — it’s the same technology used in the Galaxy S21 family as well as the OnePlus 9 Pro to allow those phones to offer displays with dynamically adjusting display rates.

Apple uses LTPO, too, but on the Apple Watch — specifically, since the Apple Watch Series 5, powering the always-on display introduced with that version of the smartwatch. The iPhone 13 would mark the first time LTPO has found its way onto Apple’s smartphones.

We have a more detailed article on what LTPO technology is, but in a nutshell, it lets displays adjust their refresh rates on the fly, ramping up the speed when there’s an intensive task going on, and scaling back down when you’re doing something more static. This allows phone users to enjoy the benefits of a fast-refreshing display — more on those in a moment — without as big a drain on the device’s battery life.

LTPO is also an improvement over devices like the Galaxy S20 that required you to manually adjust the refresh rate of your phone’s display. In that circumstance, you had to choose whether you wanted the faster refresh rate or extended battery life — and if you changed your mind, it was up to you to go into settings.

Fast-refreshing displays have become a near-standard option on flagship phones. But you’ll also find lower-cost midrange phones that now offer the feature — everything from the $499 Galaxy A52 5G to the $240 OnePlus Nord N200 5G. These cheaper phones often opt for manually adjustable settings rather than the dynamically adjusting refresh rates enabled by LTPO, but they still offer smoother-scrolling screens than any iPhone to date. Did Apple wait too long to implement the feature?

Avi Greengart, founder and lead analyst at Techsponential, doesn’t think so. “Several mid-tier phones already have fast refresh displays,” he said. “But they are not iPhone.”

The benefits of fast-refreshing displays

So should Apple unveil an iPhone with an LTPO-based display, why should you be excited? Because it’s going to improve your overall experience with the phone.

Smoother scrolling is certainly at the top of the list for the benefits of a display with a 120Hz refresh rate. When we test those phones for Tom’s Guide, scrolling through a web page is ridiculously smooth — stacked up against a 60Hz screen, the difference is night and day. And I’m not the first reviewer to find it hard to go back to a 60Haz phone after testing out one with a fast-refreshing display.

“Faster refresh rate displays make a phone feel more fluid and responsive,” Greengart agreed. “Apple has long offered this feature on its iPad Pro, it just hasn’t been able to bring it to its phones.”

But Young’s point about video and gaming shouldn’t be glossed over. There’s a reason the best gaming phones ramp up the refresh rate even higher, with many offering a max refresh rate of 144Hz. Graphics look sharper with less stutter, and the game itself feels more immersive — especially in graphically intensive, action-packed gaming.

Of course, to reap the full benefit of that, games do have to be optimized for fast-refreshing displays. I wouldn’t imagine it will be difficult for Apple to encourage iOS game makers to do just that in advance of the iPhone 13’s release. In fact, it wouldn’t be out of character for Apple to include app makers in Tuesday’s launch event to sing the praises of fast-refreshing displays — if that is, in fact, on the docket for some iPhone 13 models.

We’ve talked about the other benefit of LTPO already: the reduced hit on battery life. “In the past, high refresh rate displays came with a penalty, high power,” Young said. “But with LTPO technology, the high power at high refresh can be offset by lower at low refresh as LTPO displays can get down to 1Hz for showing static content like text without flicker and reduce power consumption.”

We’ve seen mixed results in our testing. For the OnePlus 9 Pro, enabling the adaptive display rate had no impact on battery life in our testing, where we have a phone surf the web continuously over cellular until it runs out of power. In fact, in 120Hz mode, the OnePlus 9 Pro actually lasted 2 minutes longer than when we tested the 60Hz option, with an above average battery-life result of 10 hours, 40 minutes.

Other phones, particularly Samsung’s, have seen a bigger gap in battery life between the adaptive 120Hz rate and the low-power 60Hz option. The Samsung Galaxy Z Fold 3 lasted around 6.5 hours in 120Hz mode — nearly 90 minutes less than it did with the 60Hz mode enabled. Of course, Samsung’s new foldable phone has a 7.6-inch screen, which also has a big impact on battery life.

The bottom line? We’re interested to see how Apple manages battery life should it include a fast-refreshing display on its new phones. Certainly, you can understand why there’s a rumor that the new iPhones will feature larger batteries than the iPhone 12 models had to offer.

The move will surely disappoint a segment of some smartphone shoppers, who’d like to see Apple offer a faster refresh rate in its more affordable flagships. But it does help establish a definitive difference between the iPhone 13 Pro models and the rest of the lineup — one that could encourage people to pay up for the Pro experience. (The iPhone 12 Pro costs $999 — $200 more than the iPhone 12 — and Apple watchers expect similar pricing for the iPhone 13 versions of each phone.)

There’s another reason why LTPO-based screens might only find their way to the Pro models, Young says, and it has nothing to do with goosing Pro sales. “One of the reasons Apple is only offering adaptive refresh with LTPO on the 13 Pro models is that the panel suppliers for the non-Pro models have yet to ship LTPO panels,” he said. “Their LTPO capacity isn’t ready for Apple’s quality and volume requirements yet.”

The key word there is “yet.” Young expects the 2022 iPhone lineup to feature LTPO across the board. Like everyone who sees a fast-refreshing display, it seems, Apple is going to have a hard time going back to 60Hz.

Microsoft PowerShell: Learn how to automate your workday