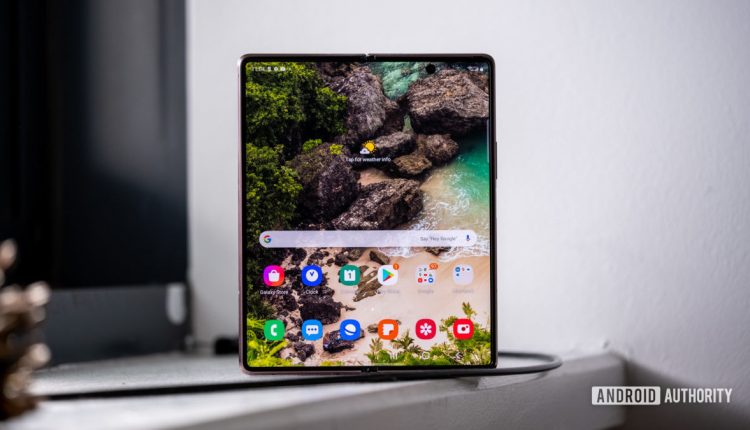 Samsung is generally considered to be the leader in the foldable phone game right now, offering two different foldables with ultra-thin glass and complex hinges. One of the numerous hurdles with this device category is the fact that a crease appears at the folding point of the foldable screen.

Now, social media tipster Ice Universe claimed on Twitter that Samsung has made “significant progress” in eliminating the crease on the Galaxy Z Fold 3 and Galaxy Z Flip 3. The leaker was more bullish on Weibo, alleging that neither device will have “fold marks,” according to machine translation.

Ice Universe has a solid track record for Samsung-related leaks, but the tipster also occasionally posts uncredited material or conjecture. So you’ll want to take this with plenty of salt.

Nevertheless, this would be a pretty big achievement for Samsung, as the Galaxy Z Fold 2 still had a crease (albeit smaller than the original Fold). Former Android Authority reviewer David Imel also noted the presence of a crease that wasn’t “very noticeable” in his Galaxy Z Flip review, but added that you could definitely feel it.

This also seems like a logical issue to address in light of the numerous rumors regarding the Z Fold 3 gaining S-Pen support. After all, the last thing you want with an S-Pen or stylus is to have a crease interrupting your canvas.

For what it’s worth, it looks like the Huawei Mate X2 and Xiaomi Mi Mix Fold both have display creases on the foldable display. But our own Kris Carlon said the crease was “barely noticeable” and “pretty much invisible to the touch” in his Mate X2 review. Samsung has stuck with the in-folding form factor for a longer time than Huawei though, so we’re guessing if anyone can eliminate the crease on a device like this, it’s the Korean firm.