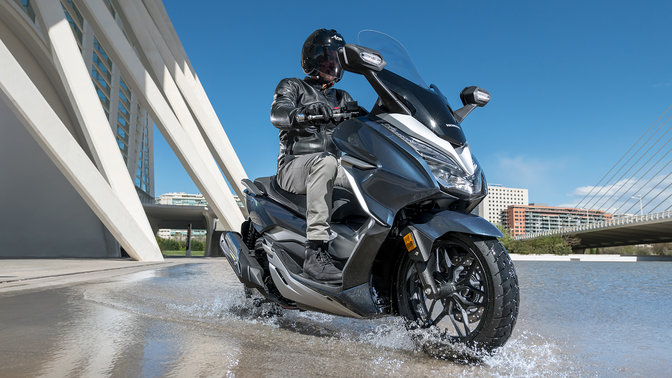 Honda Big Wing dealer network is only found in select big cities exclusive to selling premium products
Honda India has set to launch a new product in the country on 8th August 2022. As the launch is nearing, Honda has been generating good buzz around the product. Now, Honda Motorcycles & Scooters India Ltd has released another teaser for its upcoming Big Wing launch. This new teaser gives out some speculations which favour our previous conclusions.

Big Wing products don’t really contribute much to the sales charts. The current cheapest Big Wing offering is CB350 and it sold 2,120 units in India and exported 1,500 units to global markets. But Honda is set to launch a new Big Wing product on 8th of August, 2022. Described as the “Formidable”, let’s break it down to see what’s what.

Honda’s new teaser reveals some of the attributes of its upcoming launch. Since it is a Big Wing exclusive, we can discard budget and mid-range products altogether. Looking at the teaser, Honda is hinting us that its upcoming launch premium product will have a fierce design, fast acceleration, furious stance, a fighter attitude and fearless performance. It can’t be CB350 Brigade as registration status still says “Formalities check pass”. The teaser gives out urban vibes and stresses sophistication and power. We can also see a highway tribute too. The main highlight of this product will be city commutes and occasional highway stretches. It will also signify performance and presence. Looking at these attributes, we strongly believe that it will be a Forza 350 maxi scooter. Because the way Honda signifies the letter ‘F’ is reminiscent of Forza 350. Due to Urban vibes from the teaser, we can strike out CRF300L off-roader that was recently spotted in India. Because it is a Big Wing exclusive, the possibility of it being 150cc or lower, is pretty meek. But it is highly likely to be the Forza 350 that is sold in select markets globally. Forza maxi scooter is not exactly a new thing for Big Wing dealers in Gurugram. Forza 350 is the logical successor for Forza 300 which was sold in India too. Only four of them were sold to customers in India.

New Honda Forza 350 made its first appearance at the Bangkok International Motor Show last year and looked mostly similar to the Forza 300. The new maxi scooter is powered by a 330cc liquid-cooled single-cylinder engine replacing the 279cc engine from Forza 300. This unit is capable enough to churn out 28.8bhp at 7,500 RPM and 31.5Nm of torque at 5,250 RPM. Honda has given it a lighter crankshaft, larger valves and a bigger throttle body. All these upgrades allow it to clock a top speed of 137 kmph. New Honda Forza Scooter In terms of features, it gets a full LED lighting setup and an electrically adjustable windshield with a travel of 180mm. It also gets Honda’s Selectable Torque Control (HSTC). Forza 350 rides on a 15” front wheel and a 14” rear wheel and is offered with disc brakes on both ends with dual-channel ABS as standard. Suspension duties are carried out by telescopic forks in front and twin shocks at rear. Forza 350 weighs just a little over 180kg. Launch price could be in the Rs 2.5 lakh range. At this price, it competes with newly launched Vieste 300 and Sixties 300i premium scooters from Benelli Keeway.