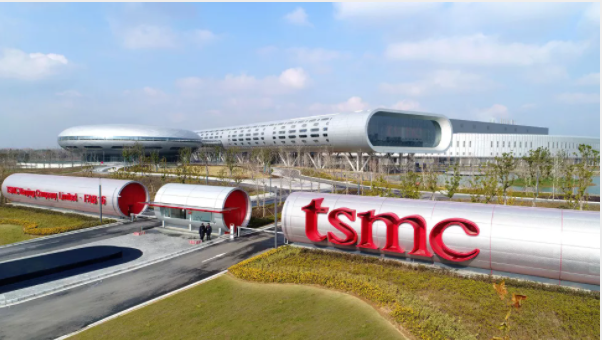 Insert your choice of expletives here.

In a move that’s disappointing yet totally unsurprising, TSMC has reportedly infomed its customers that it plans to increase its prices. You know what that means. All of that expensive tech we love is about to get even more expensive. We need that like a hole in the head.

According to DigiTimes, TSMC has informed its largest customers including Nvidia and AMD that it plans to raise the prices of their chips by up to 20%. Of course, this will be passed onto the consumer meaning more expensive CPUs and GPUs. Are we even surprised at this point? It’s not like TSMC is struggling. Its quarterly profit rose 16.4% compared to a year earlier to $6 billion.

TSMC cites the usual factors as reasons for increasing prices. These include pandemic related shortages, material costs and even freight and logistics. The cost of equipment may indeed rise, as TSMC relies on companies like ASML for many of its foundry tools. ASML recently suffered a fire at its Berlin plant which temporarily halted shipments of advanced lithography equipment. In fariness, that’s the kind of thing that would slow expansion plans, not affect pricing in the short term.

AMD heavily relies on TSMC for its manufacturing. Its current and future CPUs and GPUs are all built with the now more expensive 7nm node, and its upcoming Zen 4 processors will use the even more capacity restrained 5nm node. The last thing AMD needs is price rises,  as it fights a resurgent Intel which largely manufactures its products in house.

According to the Digitimes article, Nvidia has already paid upfront to secure its 5nm capacity which it will use to build its RTX 40 series cards that are due for release later this year. When we see cards like a 3090 Ti potentially costing over €4000, we shudder to think what the next gen flagship will cost, especially if the Ethereum PoS shift is delayed, which would mean ongoing miner demand.

Even TSMC’s biggest customer, Apple isn’t immune and it has reportedly agreed to higher pricing to secure wafer starts for its next generation A16 SoC, which is built on a 4nm process and is scheduled to begin production later this year.

We can only hope that all of the billions being spent on increasing production will begin to deliver some good news for consumers and gamers. 2021 was the worst year for PC gaming. The way things are going, 2022 is shaping up to be even worse. We’ve been kicked where it hurts for too long.