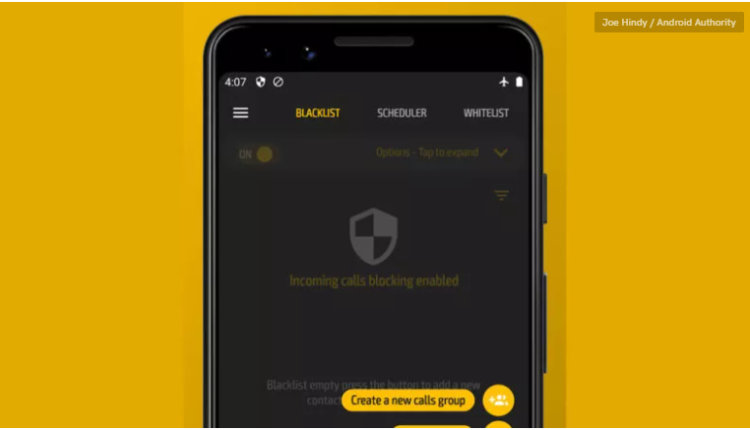 It’s no secret robocalls are horrible and nobody likes them. You can get these calls at all hours of the day, they are almost universally scams, and they’re tough to stop. Here’s the worst part: There is no way to stop 100% of all robocalls or telemarketer calls, as the companies change tactics all the time and it’s often tough to keep up. That said, you can minimize the disturbances. Those who get relatively few robocalls may be able to completely get rid of them for a time, just know there are no absolute guarantees.

Keep in mind, most of these apps require quite a few permissions. Those who are squeamish about such things should probably stick with carrier apps since they know your personal details already. With that said, here are the best robocall blocker apps for Android.

The best robocall apps for Android

CallApp is a caller ID app with a scam blocking feature. The app also includes automatic call recording (on select versions of Android), a caller ID, and a blacklist function to block numbers you don’t want to see. The robocall feature showed me when a scam caller was calling much like most Android phones these days. It’s a decent all-around pick and the subscription service isn’t all that expensive. You could definitely do worse and the secondary features are also pretty good.

Call Blocker is one of the better and cheaper free robocall blocker apps. Blocking calls is about all this app does and it does so effectively. It claims to block telemarketer and robocalls on your behalf. In our testing, it actually blocked most of them. It works by blocking basically any phone number that is not on your contacts list. You can toggle it on or off in case you’re expecting a call from a number you don’t have. It’s simple, effective, and it works for free, though there is a $1.99 charge if you want to remove ads. This one is really good and you can even block all calls if you want to if you just don’t want your phone to ring.

Drupe is a popular and multi-service contact and dialer app. The app has a bunch of features, including call recording (on select versions of Android), integration with other apps like WhatsApp, and more. There is also an integrated blocker function that works pretty well for scam callers. You can blacklist numbers or have it block anything that is not on your contacts list. This is an effective method that blocks all scam callers, but it also blocks everybody else not on your contact list. You can turn it off if you’re expecting a call. It’s a bit expensive monthly, but the yearly subscription isn’t good bad.

RoboKiller attempts to block robocalls automatically. Most of the others on the list have had a manual element, but this one does not. It’s also solely a robocall blocker app without a ton of extra features. The filter here is actually very aggressive. It blocked almost all of the spam I received, however, that wasn’t all — it also blocked some calls from places and people I didn’t want it to block. It even sent a call from someone on my contacts list to the spam folder once. You can turn it off, but there’s a timer that turns it back on. It’s also very expensive. I would only recommend this if you don’t mind the extra aggressive tactics and the higher-than-average price tag. It works and it’s good, but if you don’t mind the manual approach, you can get a similar effect for much less money.

Stop Call Me is one of the more unique robocall blocker apps. It maintains a community list of spam callers. The app downloads a copy of that list to your phone and blocks any call from it. You can also set it to block on a schedule, based on your contacts, or by using a blacklist. In practice, it works about as well as Call Blocker does, but with an automatic element that helps sometimes. Of course, like all robocall blocker apps, there are new numbers every day so it won’t block all of them. The yearly subscription service is also vastly cheaper than competitors and a much better value than its monthly plan.

Most US carriers have a robocall blocker app of some kind. T-Mobile and Metro call it Scam Shield, Verizon calls it Call Filter, and AT&T calls it Call Protect. These apps all do basically the same thing. They leverage the power of your carrier to determine if a call is a scam call or not. I have T-Mobile’s Scam Shield and it blocks the vast majority of calls without my intervention. The benefit to using these is that carriers have access to better information than app developers so it’s a little more consistent. We recommend these first and only the others on the list in case your carrier doesn’t have something like this.

Google Maps Guide: How to Turn on Speed Limit Warning

The first iPhone with 1TB of storage is reportedly coming Tuesday