Finally, something good has come out of cryptocurrency: better SSDs 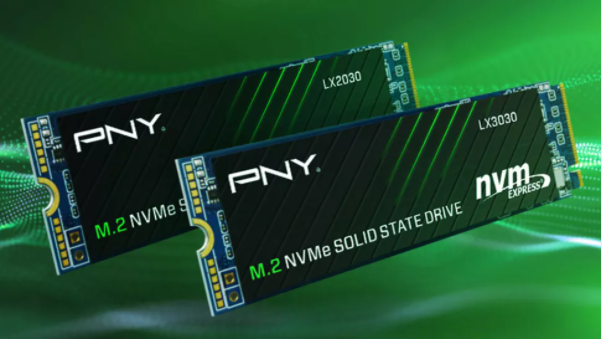 PNY has launched a pair of SSD lines (LX3030 and LX2030) that are specifically tuned for Chia plotting, resulting in endurance levels that are around 18 times higher (or more) than a typical consumer drive equipped with triple level cell NAND flash memory. Or more specifically, the drives deliver up to 54,000 TBW (terabytes written) of endurance.

Chia plotting is particularly rough on storage mediums, as far as cryptocurrencies go. It’s based on what is called a ‘proof of space and time’ model, which entails leveraging unused storage space to verify blockchain transactions. An abnormal amount of drive writing takes place (compared to most tasks), to the point where you could wreck a 512GB SSD in as little as six weeks.

For the most part, consumer SSDs are just not built for the kind of write activity needed to be an active Chia farmer. Now that Chia is a thing, however, SSD makers are incentivized to make consumer SSDs with endurance levels that are more in line with enterprise solutions, and we are starting to see that trickle down now.

PNY is not the first wither. Back in May, TeamGroup began pitching its T-Create Expert SSDs as candidates for Chia plotting. Originally intended for creators, those drives ‘only’ offered TBW ratings of up to 12,000 though.

Then in June, Sabrent released its Plotripper lineup with up to a 54,000 TBW rating, the same as PNY’s new LX3030 family. Simply put, the rated write endurance blows most consumer drives out of the water.

As for PNY’s new models, here’s how the endurance levels break down by model and capacity:

It’s all about write endurance, though, and in that regard, PNY worked closely with Phison to facilitate durability above all else. The two also teamed up with Chia to promote the LX series as the “first SSD for Chia plotting,” even though Sabrent would have something to say about that.

According to PNY, these new drives were made possible through the use of higher grade NAND flash chips, lower level turning parameters focused on write endurance, optimizations to the Flash Translation Layer (FTL) that dictates where exactly data is stored, custom firmware tuned for write flow, and an underlying AI engine.

The initial fear was that if the cryptocurrency took off, it could lead to a shortage of storage devices (both SSDs and HDDs). At this point, it doesn’t seem like that will happen. If nothing else, perhaps Chia mining will lead to more durable SSDs across the board.

PNY says its LX3030 and LX2030 drives are available now, though not in the retail sector—anyone interested needs to get in touch with a PNY account manager for pricing and other details.