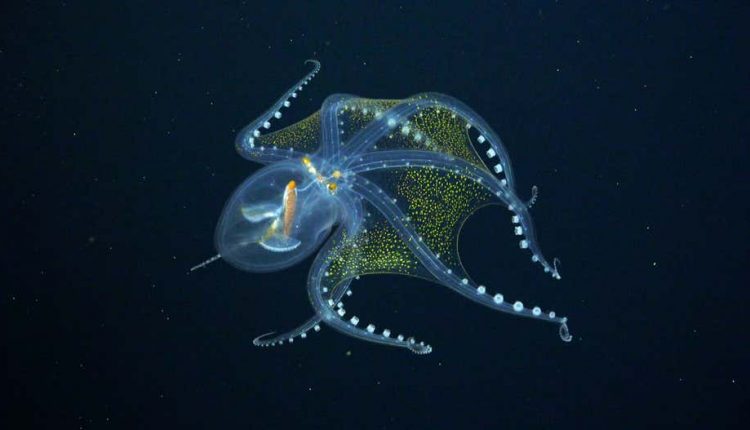 In early June, a team of marine scientists with the Schmidt Ocean Institute boarded a research vessel called R/V Falkor and sailed out to the remote Phoenix Islands Archipelago in the west-central Pacific Ocean. For 34 days, they mapped out over 11,500 square miles (30,000 square kilometers) of the ocean floor with high-resolution underwater cameras, and also got video of five additional underwater mountains.

“The coverage of this expedition was remarkable—we found changes in species across depth and geography around the Pacific equator and in the suite of organisms living on corals,” said Tim Shank, a biologist at the Woods HoIe Oceanographic Institution, in a press release. “Looking into these deep-sea communities has altered the way we think about how organisms live and interact on seamounts and how they maintain diversity of life in the deep ocean.”

Some of the animals they captured on camera had never before been documented by researchers, like a rare whale shark and an octopus that looks like it’s made of glass. The researchers arrived safely back ashore on Thursday, ready to share these discoveries. Here are some highlights.

Honor is bringing a foldable with an 8” main display, the secondary is 6.5”