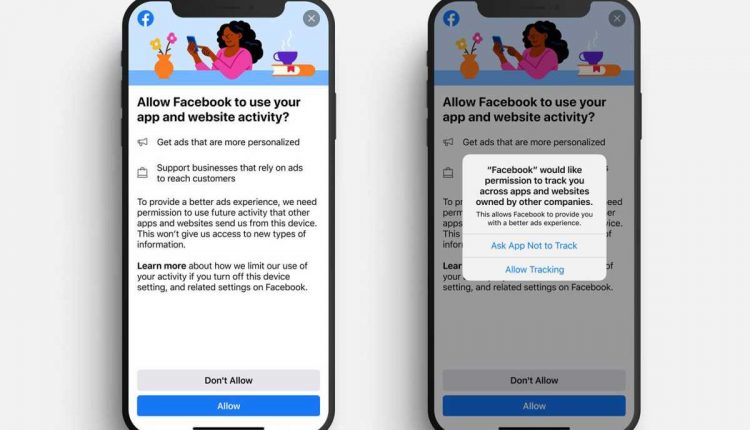 When Apple released App Tracking Transparency as part of iOS 14.5, it posed a simple question to iPhone users: Do you want this app to track your activity across other companies’ apps and websites? Less than three months later, a new report says that so many chose no, advertisers are flocking to Android.

According to the Wall Street Journal, prices for mobile ads directed at iOS users have fallen since iOS 14.5 arrived, while ad prices have risen for Android-targeted users. The publication estimates that some 70 percent of users have opted out of ad tracking, causing the rates to plummet.

The Journal reports that online advertisers “have lost much of the granular data that made mobile ads on iOS devices effective and justified their prices.” For example, Digital-ad agency Tinuiti advertisers were allocating about half of their Audience Network spending to iOS users at the start of April. By the end of June, that number plummeted to about 20 percent.

As a result, Android spending rose by about 10 percent between June 1 and July 1 while iOS spending dropped by about one-third.

Google has said that Android 12 will feature a version of Apple’s App Tracking Transparency, but with so few phones getting new versions of Android when they arrive, it likely won’t affect ad rates for years to come.

In China, things have gotten so bad that The Financial Times reports that Baidu, Tencent, and TikTok parent ByteDance along with other retch companies have banded together to create “a new way of tracking iPhones for advertising” called the China Advertising ID. In response, Apple blocked several updates to apps utilizing CAID causing the platform to lose some of its support. It appears as though Apple’s gambit has worked and the project has stalled before it even got off the ground.

But after just a couple of months, it’s pretty clear that App Tracking Transparency is working. Apple is implementing even stronger protections in iOS 15, including App Privacy Report and Mail Privacy Protection.

Note: When you purchase something after clicking links in our articles, we may earn a small commission. Read our affiliate link policy for more details.

Michael Simon has been covering Apple since the iPod was the iWalk. His obsession with technology goes back to his first PC—the IBM Thinkpad with the lift-up keyboard for swapping out the drive. He’s still waiting for that to come back in style tbh.