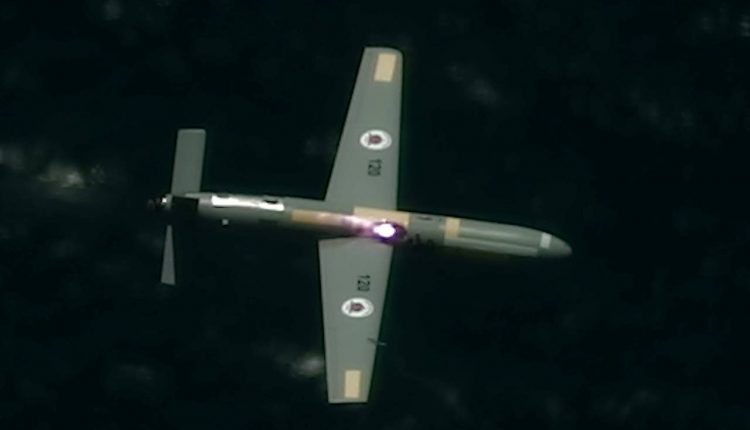 As part of the tests, the laser intercepted several unmanned aerial vehicles flying at various altitudes and at varying ranges. The system was developed by Ebit Systems, and the tests were done in coordination with the air force and the Defense Ministry’s Weapons Development and Technology Infrastructure Administration (MAFAT in Hebrew).

The idea of using lasers as a way of intercepting rockets was first investigated in the 1990s, but Israel stopped pursuing the idea by 2000. Following the second Lebanon War, efforts to develop a system for intercepting short- and mid-range rockets and missiles were resumed in 2006, leading to the development of the Iron Dome system a few years later.

Two years ago, a breakthrough enabled Israel to resume developing a laser-based system which would be much cheaper than Iron Dome. This time, however, Israel used electrical lasers, instead of the chemical ones used in previous tests.

The project involves an airborne laser, developed by Elbit, as well as a ground-based laser developed by Rafael Advanced Weapons Systems. The laser system, if and when it becomes operational, will complement the systems used for missile interception, including Iron Dome, David’s Sling (formerly known as Magic Wand) for mid-range targets and Arrow 3 for long ranged ones.

Defense Minister Benny Gantz congratulated Elbit and the defense establishment for the technological breakthrough. “You are bringing us closer to another important goal of our multi-level defense capabilities, which is to achieve protection at lower costs. The laser system will add defensive capabilities at larger ranges and against diverse targets, while greatly saving on the cost of interception and protection of this country. I’m sure our defense industries will succeed in this important venture and I’ll personally be involved with the entire system in order to promote it.”

The Defense Ministry said that “a plane carrying a laser system had destroyed drones in different scenarios, and at different ranges and altitudes. The ability to destroy aerial threats from the air, including drones, is an innovative capability with the potential to create a strategic change in Israel’s aerial defensive abilities.”

“Israel is one of the first countries in the world that has managed to incorporate laser technology into an airborne system and demonstrate interception in an operational scenario. Interception using a high-power airborne laser system has many advantages, including a cost of several dollars per interception, the ability to intercept threats emanating from very long ranges, while operating at great altitudes with no weather-related restrictions, thereby providing a protective envelope over wide areas,” the ministry added.

The head of R&D at MAFAT, Brig. Gen. Yaniv Rotem, told journalists on Monday that they had managed to intercept several drones at a range of over one kilometer. “This is a groundbreaking technological achievement, a critical step for further development. To my knowledge, we’re among the only ones to do so. We’re only at the first stage. We’ve reached a significant and critical milestone, and happily, we succeeded.”
Rotem added that the completion of the prototype will take between three to four years, and that he hoped by then that the first system could be deployed for the defense of communities close to the Gaza border. He added that the system is completely automated: “It’s a very advanced optical system, with monitoring and artificial intelligence capabilities. As soon as a target moves into an area of interest, the system locks onto it. This system will be mounted on transport planes. Later, as we minimize its dimensions, it could be mounted on other platforms as well.”
Rotem added that the system was not being designed to counter incendiary balloons launched by Palestinian militants from the Gaza Strip. “We plan to have the system intercept various types of drones, mortar shells and rockets.” He noted that the goal is for the system to have the ability to intercept targets at ranges of hundreds of kilometers within a decade, and with ranges of tens of kilometers even sooner.

The defense establishment estimates that hundreds of millions of additional shekels will be required for completion of the two laser systems: one airborne and one ground-based.

The Difference Between Hardscape and Softscape, And How to Use Both in Your Garden