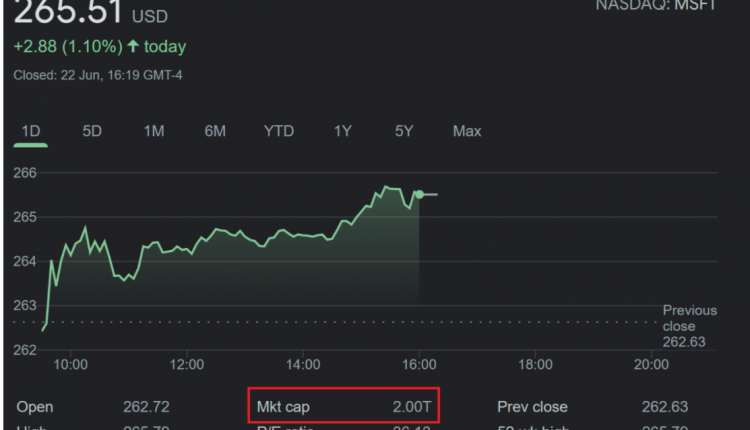 Microsoft has just joined Apple in the exclusive $2 trillion valuation club. The company achieved the feat 2 years and 2 months after hitting a $1 trillion market cap in April 2019, after taking 44 years to reach that first milestone.

Apple was the first to hit the mark, in August 2020, but it took Microsoft only 10 months to follow the feat.  The performance exceeds even the most optimistic analyst predictions, with  Wells Fargo Securities analyst, Philip Winslow, predicting in June 2020 Microsoft will reach a market cap of about $2 trillion in two years.

It is unclear what is driving Microsoft’s current run up, though some theories include a much more successful run of acquisitions, such as the recent purchase of Nuance, which is expected to integrate much better into Satya Nadella’s Microsoft’s than they would have in Steve Ballmer’s version.

Another theory is that Microsoft is a safe haven for money while its competitors such as Apple, Google, Amazon and Facebook are beset by regulatory harassment.

My favourite theory is of course that analysts are excited about Windows 11 and whatever else Microsoft will unveil at their 24th June event. The theory of course is always to buy on the rumour and sell on the news.

What do our readers think? Let us know below.