The iPhone, iPad, and even iMac have adopted a new squared-off design that in many ways is a throwback to the iPhone 4. This fall, Apple could complete its lineup with a redesigned Apple Watch Series 7 that follows the same design language. 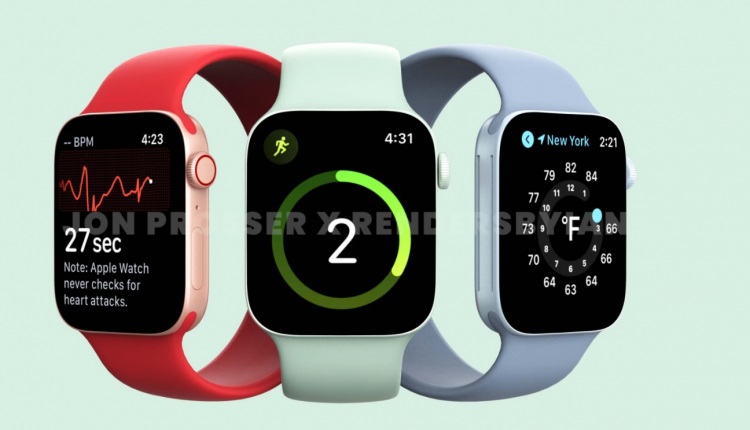 The Apple Watch Series 7 will feature a flat frame

Leaker Jon Prosser has published renders of the Apple Watch Series 7. The images, said to be based on photos and CAD files of the smartwatch, point to a new flat metal frame instead of the rounded one that’s seen on current models.

The design resembles what’s been previewed on the iPad Pro (2021) and iPhone 12 series, therefore creating a more unified look and feel across the entire Apple hardware ecosystem.

But the company has made some subtle modifications on its new Watch. Whereas the iPhone and iPad frame edges are quite sharp, the Apple Watch Series 7 seems to make them a little rounder to stop them from digging into the user’s wrist.

Like earlier models, users will be able to control the Watch Series 7 via the included touch display. It’ll likely be an OLED panel again — micro-LED tech is still a couple of years away — and the renders suggest you shouldn’t expect thinner bezels, although models with smaller bezels have been tested.
Complementing the display is a digital crown that retains the same look as before, a small microphone for phone calls and Apple’s Walkie-Talkie mode, and the usual pill-shaped side button.

The other side of the smartwatch houses the speakers. For some unknown reason, the speaker slots are much bigger than before, but perhaps Apple is planning a major upgrade that nobody knows about yet.

There’s no word on the sizes of this year’s Apple Watch models, but the renders certainly suggest that Apple will be retaining compatibility with existing Apple Watch bands for another generation.

A green Apple Watch Series 7 is apparently on the way

Last September, Apple expanded its color options to include both Blue and Product (RED) aluminum Watch Series 6 models. With the Watch Series 7, Prosser reports that Apple may be introducing a new Green option. The company is said to have been working on experimental finishes, though, so nothing is locked down yet.

The blue finish, pictured below alongside the green model, closely resembles the equivalent iPad Air (2020) and AirPods Max color options. The blue also matches the color seen on renders of the redesigned MacBook Air (2021), expected to launch later this year.

The Apple Watch Series 7 will undoubtedly be one of the best smartwatches in 2021, but the wearable will face tougher competition than ever thanks to the recent Google and Samsung partnership. Apple’s rivals are merging their respective smartwatch operating systems — Wear OS and Tizen — into a single platform dubbed ‘Wear,’ although that might not be the final name.

Apps launch faster than before, and apps are receiving big upgrades that introduce extra functionalities. This should all debut this summer on the Galaxy Watch 4, so it’ll be interesting to see what Apple brings to the table in terms of software and features this fall.
At the moment, the biggest new Watch Series 7 is expected to be blood glucose monitoring, more commonly known as blood sugar levels. It’ll reportedly be made possible by a non-invasive optical sensor.

Not much is known about watchOS 8, but Apple will be showing off the next version of its smartwatch operating system in just a few weeks at WWDC 2021, so we won’t have to wait much longer to find out what’s planned.