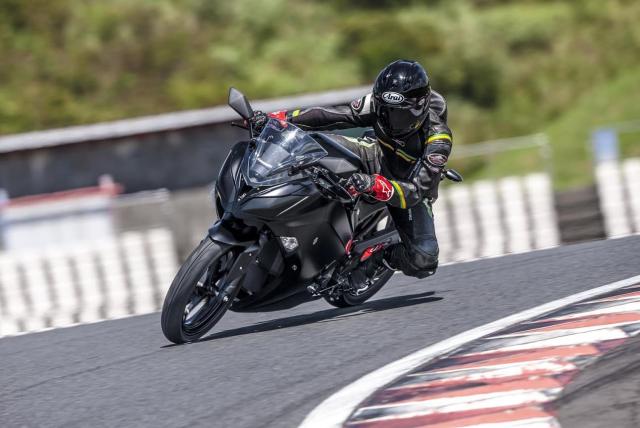 Kawasaki appears to be gearing up for the launch of at least three new models in the coming months after codenames pointing to the ZX-4R and two electric motorcycles were spotted on VIN documents in the United States.

‘Team Green’ has maintained a relatively low profile recently in terms of fresh material with the updated Versys 650 and H2 SX SE the only notable new unveilings from Kawasaki since the latest generation ZX-10R arrived towards the end of 2020.

However, it looks like the company is planning a big return to prominence – most probably just in time for EICMA in November – after new Vehicle Identification Numbers popped up in documents viewed by Motorcycle.com’s sleuths.

The most exciting newcomer will be the ZX-4R, essentially the European market version of the Kawasaki ZX-25R, which has been available in Japan since 2020.

One of the models we’d dearly love to have over here, alas emissions regulations scuppered any hopes of the ZX-25R making the trip as it is but a bit of fettling and an increase in engine capacity has enabled Kawasaki to clear these hurdles.

While it won’t be identical to its sibling – not least because it will probably come with Kawasaki’s new sportsbike design language that debuted on the ZX-10R – it will nonetheless still be a four-cylinder screamer that elevates it to a unique position in the segment aside from the Yamaha R3 and KTM RC390.

The ZX-4R arrives as a de facto replacement for the ZX-6R middleweight sportsbike, which has quietly slipped off price lists over the last 18 months. However, there are rumours the ZX-4R won’t be the only new sportsbike on the way from Kawasaki, with talk in Japan of a ZX-7R or Ninja ‘700’ to take on the new Yamaha R7 and a potential sportsbike from Honda based on its new 750cc twin-cylinder platform.

Less exciting but arguably more significant, however, is the suggestion that Kawasaki will debut not one, but two electric motorcycles very soon.

The firm has been very open about its plans for an alternatively-fuelled future, promising as many as ten new electric products over the next couple of years before fully electrifying its range by 2035.

Having dipped its toe into the waters with the Elektrode balance bike earlier this year, EICMA will see this technology applied to two full-size models, expected to be a roadster and a sportsbike.

Listed as ‘NX011AP’ and ‘NR011AP’, though the documents rather confusingly categorise them as Super Sports and Sports respectively, the ‘X’ term actually appears in other Kawasaki naked codenames – such as the ‘Z’ range – while ‘R’ denotes its sportsbikes, such as the Ninja.

The documents also offer some details as to what they will be packing underneath too with both generating 11kW, which translates to about 15bhp. This would put them in the upper 125cc range of models, suggesting Kawasaki is targeting both the growing electric scooter segment and the ICE-dominated low capacity sector against models like the Honda CB125R and Yamaha MT-125.

It means these models are likely not the production version of the Endeavour prototype sportsbike [pictured above], which was first previewed back in 2020.
29
Share

‘That bike was my absolute pride and joy’: Fury as world record-breaking female rider meet is targeted by a wave of overnight thefts