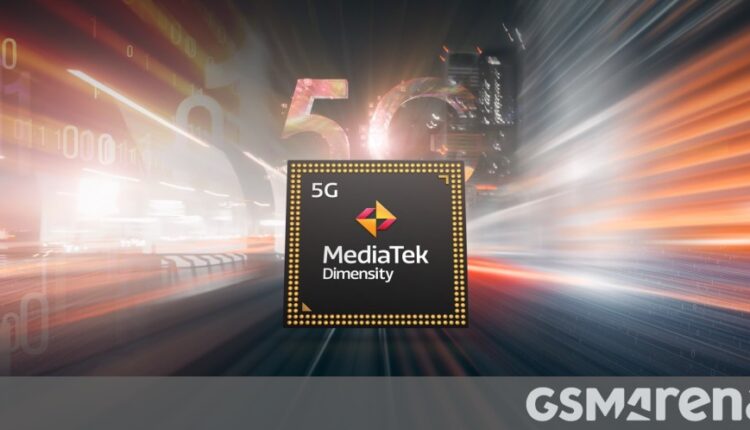 MediaTek is already teasing the world’s first 4nm smartphone chipset and while the video doesn’t do much more than declare “first!”, rumor has it that the chipset designer has lined up several clients. vivo is among them and one of its phones may have just become the first Android device to get past the 1 million points mark in AnTuTu.

The phone, vivo V2184, is powered by the MT6983. Rumors have dubbed this chip the Dimensity 2000, the phone is probably a new X-series model. The score – 1,002,220 – was reported on by both Ice Universe and Digital Chat Station. AnTuTu itself is yet to confirm that the score is legitimate. 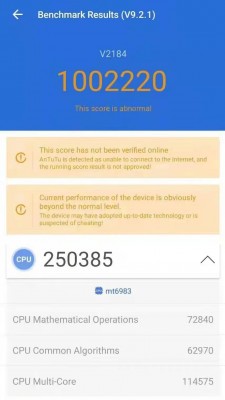 For context, the current top Android phone (the Red Magic 6 with a Snapdragon 888) scored 858,734. Only Apple’s M1-powered iPad Pros have gone above 1 million.

Again, the video only offers vague promises of superior performance and battery life, but unofficial info claims that MediaTek secured a 4 nm order with TSMC – unlike both Qualcomm and Samsung, which will both use Samsung’s 4 nm foundries.

According to DCS, the Dimensity 2000 will feature a Cortex-X2 core at 3.0 GHz, three Cortex-A710 cores and four A510. The Exynos 2200 is also allegedly targeting 3.0 GHz for its X2 core and a photo of a Snapdragon 898-powered phone showed the X2 core at same 3.0GHz. This means that the three chipsets may be evenly matched in CPU performance, but they will have different GPUs – ARM Mali-G710 MC10 for the Dimensity 2000, an AMD RDNA 2 GPU for the Exynos 2200 and a new Adreno for the Snapdragon 898.

By the way, a previous benchmark leak revealed that there is a Snapdragon 898-powered vivo as well, the company is really stacking the deck in its favor when it comes to next-gen high-performance chipsets.

PS. Qualcomm will probably announce the Snapdragon 898 on November 30, so MediaTek has only a couple of weeks to unveil the Dimensity 2000. Unless it means “first to market”, but that doesn’t leave much time either.

EXYNOS 2200 GPU PERFORMANCE IS MUCH BETTER THAN THE SNAPDRAGON 888