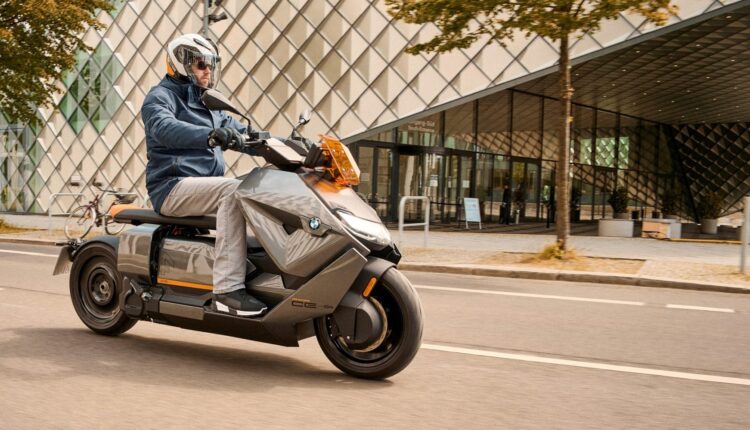 BMW has just entered full series production of its CE 04 electric motorbike, a futuristic model that could be a taste of what’s to come from the German manufacturer.

The CE 04 was first unveiled nearly a year ago, when many dismissed it as an overly ambitious futuristic concept vehicle.

The futuristic part proved to be correct, but that’s about it. BMW followed up by announcing the CE 04 would actually enter production. And now that day has come, as the bike begins serial production at the company’s Berlin Motorrad plant.

The motor also gives the bike powerful acceleration, with BMW claiming it can reach a speed of 50 km/h (31 mph) in 2.6 seconds.

A second model will be available with a reduced power rating of just 23 kW (31 hp), though it still reaches the same top speed. Presumably it will simply take a few more seconds to get there.

The internal battery in the higher spec model provides 8.9 kWh of capacity and is rated for up to 130 km (81 miles) of range. The reduced power model has a maximum range of 100 km (62 miles).

The bike will also be able to recharge from public charging stations, which could be a good method for apartment dwellers without charging options at home.

The built-in 2.3 kW charger offers a four-hour recharge, while an optional 6.9 kW quick charger upgrade is available to shorten that time to one hour and 40 minutes.

BMW claims that the quick charger can provide a 20% to 80% charge in just 45 minutes, which would allow nearly a full charge during a quick lunch stop.

The CE 04 includes advanced rider aides such as Automatic Stability Control (ASC) and Dynamic Traction Control (DTC), though the latter is an upgradeable option.

There’s also a reverse gear, which is quite helpful for a heavy 230 kg (507 lb) scooter like this.

BMW is positioning the powerful scooter as part of its urban mobility line, and says that all of its future urban mobility products will be all-electric.

The company has also produced a police version of the CE 04. That version comes outfitted with tactical storage, lights, and sirens.

Both the civilian and police version of the bike are now in production, though consumers won’t be able to purchase the former until next year. At that time, the CE 04 will start at USD $11,795.

How to Set Up Laravel 8 on Your Android Phone