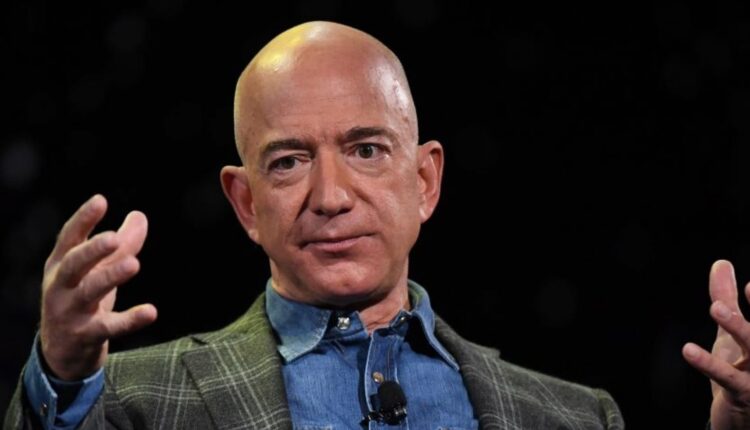 The Amazon founder’s tweet shows how to deal with criticism, using an emotionally intelligent approach.

As Amazon’s founder and one of the richest men in the world, Jeff Bezos is no stranger to criticism.

At times, he’s used that criticism to grow, making big changes in Amazon. For example, when lawmakers chastised the internet behemoth for its warehouse workers’ low salaries, Amazon increased its minimum wage to $15 per hour, becoming one of the first large retailers to do so.

But when it comes to his core beliefs, Bezos has proved unwavering. For decades, he’s reiterated that Amazon is playing the long game, and that long-term strategy would always trump short-term profits when guiding the company’s decisions–at times to the chagrin of Amazon shareholders.

Yesterday, Bezos took to Twitter to reconcile these two powerful views. He referenced a 1999 article from Barron’s, using it to give advice on how to handle criticism.

“Listen and be open, but don’t let anybody tell you who you are,” Bezos wrote. “This was just one of the many stories telling us all the ways we were going to fail. Today, Amazon is one of the world’s most successful companies and has revolutionized two entirely different industries.”

Listen and be open, but don’t let anybody tell you who you are.

At the time of publishing, Bezos’s tweet had already garnered thousands of retweets and tens of thousands of likes.

It’s simple advice, but it communicates a very emotionally intelligent and nuanced perspective–one that can help you to reap the benefits of criticism, without letting it define you.

A balanced view of criticism

With his opening words, “listen and be open,” Bezos encourages a growth mindset. This is extremely valuable advice, not just for entrepreneurs, but for decision makers in general.

This is why it’s so important to be open to criticism.

Negative feedback is like a freshly mined diamond. To the naked eye, it’s ugly. But if you cut it and polish it, viewing the criticism not as an attack, but as potentially valuable, you can use it to improve and grow. Much like how a diamond cutter takes a raw diamond and turns it into something beautiful, you can learn to extract the benefits of criticism.

But what if criticism attacks your core beliefs, the very essence of who you are?

In the article Bezos referenced, Barron’s said “the idea that Amazon CEO Jeff Bezos has pioneered a new business paradigm is silly.” It went on to call Bezos “just another middleman” and claimed the real winners on the internet would be “firms that sell their own products directly to consumers.”

Imagine that Bezos had taken that criticism too seriously. Imagine he allowed the financial media and other stock market “experts” to influence his ideas of where the internet was headed, of where Amazon could add the most value.

Or even worse, that he allowed the discouragement to crush his motivation, to cause him to give up on his dreams and go back to soul-crushing work at a hedge fund (where he was no doubt making good money before leaving to found Amazon).

Instead, by urging readers to “not let anybody tell you who you are,” Bezos encourages a balanced view of criticism. Yes, listen and be open to change. But don’t be tempted to give in to haters, to become something you’re not, or to change your core beliefs simply to please others.

So the next time someone criticizes you, take a page out of Jeff Bezos’s playbook: Listen and be open, but don’t let anybody tell you who you are. Because criticism can be a diamond in the rough, or it can be a pile of fool’s gold. Figuring out which is which can mean the difference between success and failure.