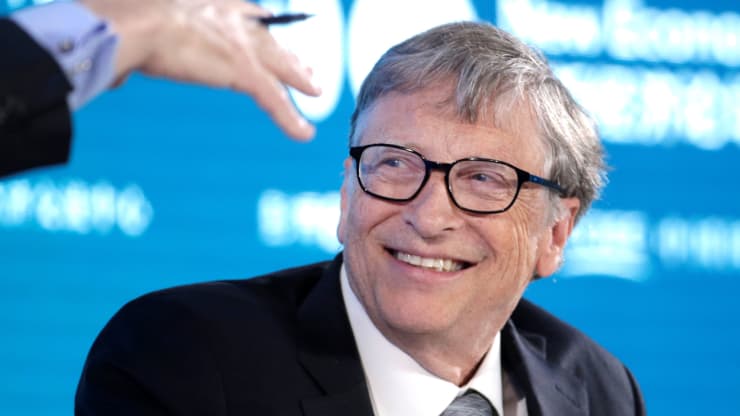 Bill Gates, the fourth-wealthiest person in the world, doesn’t need to make money by investing in climate change. But for those who are looking to strike it rich, Gates sees plenty of opportunities.

In an interview that aired Wednesday as part of the virtual SOSV Climate Tech Summit, Gates said future returns in climate investing will be comparable to what the biggest tech companies have produced.

“There will be eight Teslas, 10 Teslas,” Gates said. “And only one of them is, is well known today.”

The electric car company led by Elon Musk has doubled in value in the past year and is up over 2,000% in the past five years.

“For the winners, anybody who invested in Tesla is feeling very smart,” Gates said.

He predicts the gains will be spread out over a wider swath of companies, beyond the electric vehicle space.

“There will be, you know, Microsoft, Google, Amazon-type companies that come out of this space,” Gates said.

Gates co-founded Microsoft in 1975, while Amazon and Google were launched in the 1990s as the internet was taking off. They’re now three of the four most-valuable U.S. companies. Currently, Gates is worth $134.3 billion, according to Forbes.

While Gates is bullish on the sector, he said that a lot of money will get washed away, just as did when the internet bubble popped, adding that today it’s “like the early days of software and computing.”

Gates said much of the technology is “at the lab level,” and that investors will need to be careful in assessing the economic viability of the idea.

Also, many of the projects will need a lot of investment before they can be proven to work.

Some things like nuclear fusion, nuclear fission and energy storage require “hundreds of millions or, in the case of nuclear, billions” of dollars to test out, he said. “You’re not quite sure whether” those technologies are “going to be able to contribute or not,” he said.

In addition to hefty capital commitments, climate tech needs governments to set “encouraging policies” that facilitate the adoption of zero-emissions technologies, he said.

Investors wanting to put money into the space with less risk “can be part of financing solar fields,” he said.

“We will have a high failure rate,” Gates said. But there are enough ideas that “we have a likelihood of substantial success,” particularly with the right government assistance, he said.

“Somebody who can’t afford risk or if you expect near term returns it’s, you know, I would look elsewhere,” Gates said.