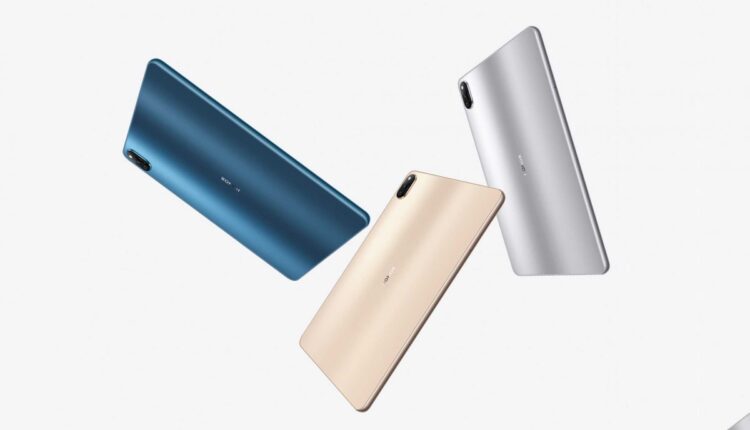 Honor has just expanded its new Tab V7 series with a second, vanilla variant. It looks much like its flagship counterpart, although it has a smaller, lower-end display and a more mid-range processor. Then again, it retains support for the new Magic Pencil 2, has quad speakers and runs the same new OS as the Tab V7 Pro.

Honor’s freshly-completed product event has introduced a vanilla version of the Tab V7 Pro, the OEM’s new flagship (and, heretofore, only) 2021 tablet. It has launched with a smaller 10.4-inch FHD+ display, which has a 90Hz refresh rate as opposed to 120Hz in the Pro.

The V7 still does have a chipset from the Kompanio series specially adapted to tablets by MediaTek; however, it is the 900T in this case, a step down from the 1300T found in the Pro. Nevertheless, the newer tablet still supports all the new MagicUI 5.0 (based on Android 11) features, multi-screen task-sharing, split-screen and Link Turbo X connectivity-enhancing algorithms included.

This new vanilla tablet has been unveiled alongside a bumper crop of hardware that include the latest 14- and 16-inch MagicBooks. However, there is also additions to the range of “Honor Life” ecosystem products, now expanded to include not merely new X2 TWS earbuds (set for release in October 2021 from 179 yuan (~$24)), but wholly new offerings from this brand that include a hand-held massage gun, a home treadmill and an indoor security camera.