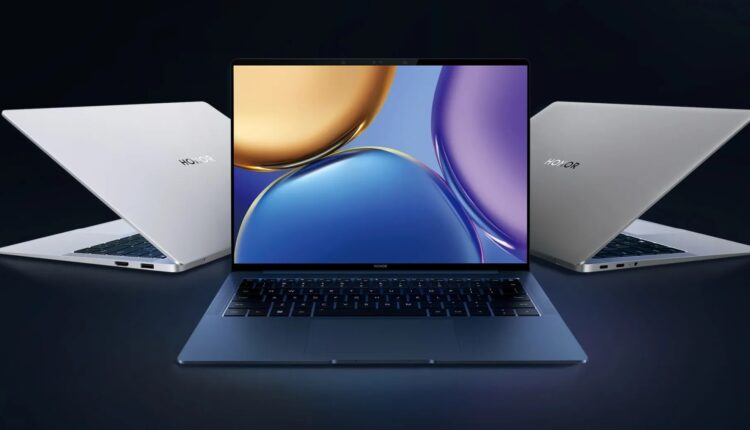 Honor has made good on some earlier teasers with a launch for the new MagicBook 16 series, with an up-to-date Ryzen 7 platform and 144Hz displays. They have been joined with a less expected variant: the V 14. It will now join the first wave of laptops to ship with Windows 11, and will do so with a 2K display and Tiger Lake-H35 processors.

Honor has now made the MagicBook 16 and 16 Pro official. The two variants largely have the same specs, their 16.1-inch 100% sRGB LCD displays with the well-hyped 144Hz refresh rates included. They are also Ryzen 7 5800H-powered machines with 16GB of RAM and 512GB SSD configurations in both the 16 and 16 Pro; however, the latter is set apart with the option of discrete graphics.

The much more novel MagicBook V 14, on the other hand, will ship with that OS’ major upgrade instead. Its 14.2-inch LCD display has a 3:2 aspect ratio and a 90Hz refresh rate. It is placed just below a webcam that, interestingly enough, is touted as having its own image signal processor (ISP) to enhance its video-calling and conferencing properties.

Then again, Honor never specifies the resolution with which this 5MP shooter streams. On that note, the V 14 has quad mics in addition to quad speakers. The OEM also claims to have treated the laptop’s keyboard with a special stain-resistant resin, thus keeping it pristine during sustained remote-working use.

They will start selling on October 6, 2021 in China, although availability outside this country has yet to be outlined.