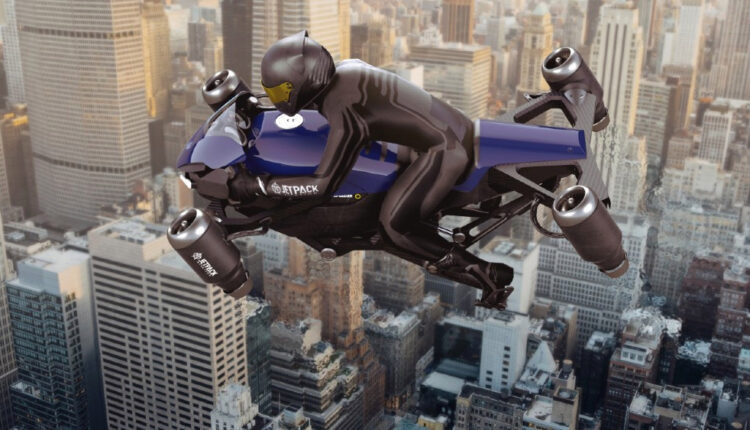 Flying cars and flying people with jet packs are on the way, so why not flying motorcycles?

The Speeder is an engineering feat that required Jetpack Aviation to write its own flight-control software program to monitor and adjust the thrust. The benefit of that work, which took a year and a half, is an intuitive system that functions like a typical motorcycle and automatically stabilizes the machine in flight. It can take off and land vertically from most surfaces in roughly the space taken up by a car, and it can be programmed to fly autonomously.

“We could have an ultralight version [which requires no pilot’s license] ready within two years and an experimental category version within six months after that,” Jetpack Aviation CEO David Mayman told Robb Report. “The ultralight version would be limited to 60 mph (FAA rules) and a flight time of 15 minutes. The experimental version would require a basic pilot’s license to fly. The speed of this version would be approximately 250 mph with a flight time of about 35 minutes.” 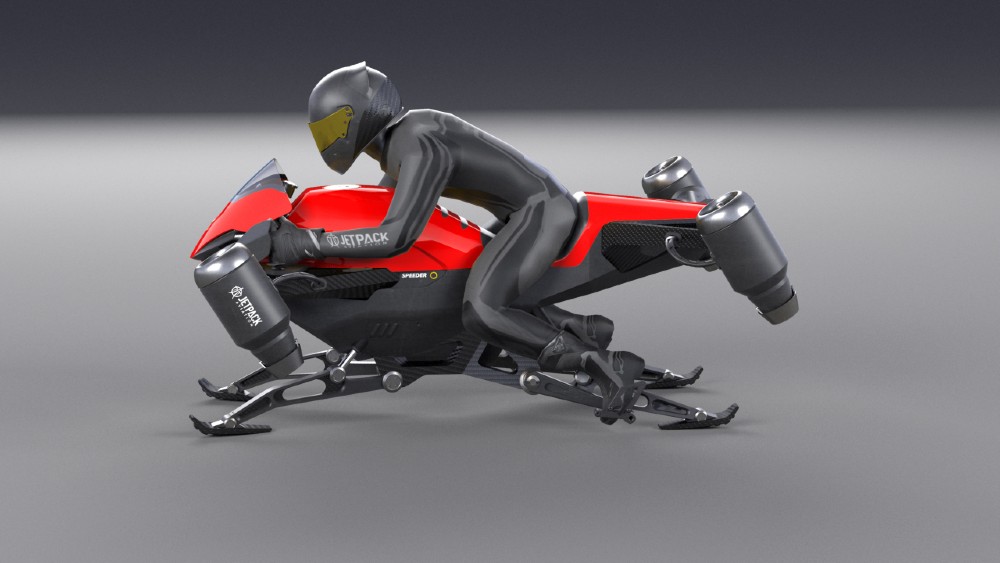 The air motorcycle has automatic landing gear that deploys as it nears the ground. Courtesy Jetpack Aviation

Although the original design projected four turbines (as shown in the images accompanying this article), the final product will have eight, two at each corner of the bike to provide safety through redundancy. They will also offer impressive power, allowing the roughly 300-pound Speeder to carry 600 pounds, a size-to-payload ratio that sets the Speeder apart from other VTOL craft. The air cycle also has hand controls, a 12-inch navigation screen, and radio system.

An updated Speeder 2.0 version of the prototype will undergo more intensive testing this summer and fall before construction wraps up. Testing is expected to begin in early 2022. For all its own operations, including future testing, Jetpack has made a deal with Prometheus Fuels, Inc., to use that company’s 100 percent zero net-carbon fuel. 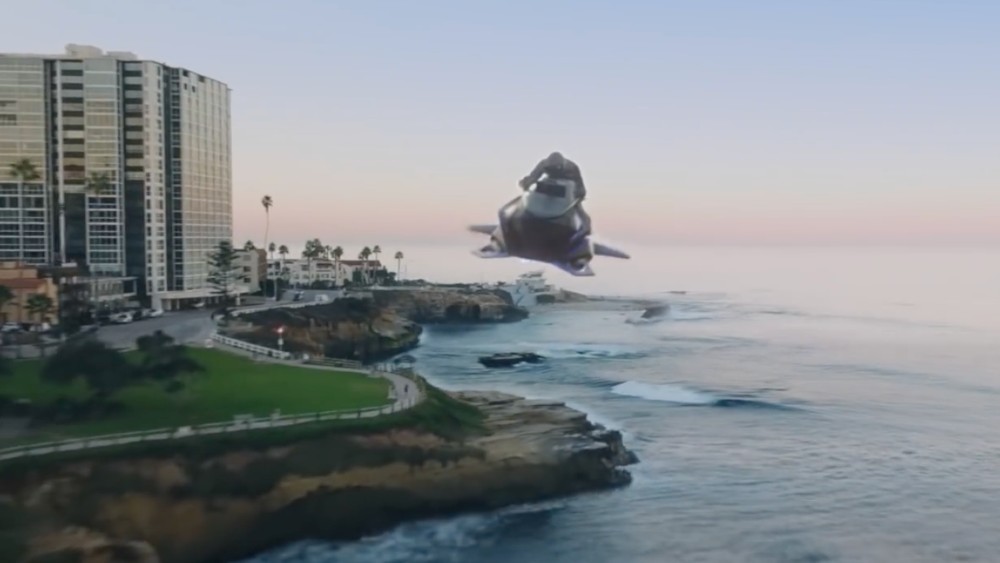 The Speeder will come in two recreational models, an ultralight craft that can fly at 60 mph and a 250-mph experimental version that requires an FAA pilot’s license. Courtesy Jetpack Aviation

The future will also include commercial versions for military and public safety organizations that have detachable wings for increased range, storage compartments to hold fire retardant, medical personnel and equipment, or injured passengers.