The first totally modular Intel laptop is now shipping, and I really hope it’s a success 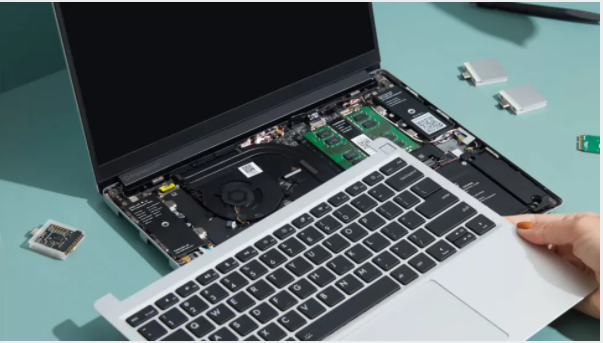 Try as they might, manufacturers have just not had a ton of success pushing fully modular laptops into the mainstream. Framework hopes it can be the exception. We’ll soon find out if it can, as the first Framework Laptop configurations that went up for preorder in May of this year have begun shipping out to customers.

“Batch 1 pre-orders for July delivery continue to ship out from our warehouse each day.  We’ll start Batch 2 shipments for August delivery soon after,” Framework stated in a blog post. ” We have a small number of Batch 2 Framework Laptop and Framework Laptop DIY Edition units currently available for sale, with just a fully refundable $100 deposit due today. If you pre-order now, some of you will be able to receive your order within 3-4 weeks.”

Framework’s timing is impeccable. Earlier this week, the US Federal Trade Commission voted unanimously (5-0) to adopt right-to-repair policies aimed at removing common roadblocks manufacturers like to put in place to dissuade small businesses and individuals from repairing products.

The Framework Laptop is a prime example of how manufacturers can embrace the right-to-repair philosophy. It is a fully modular laptop, right down to the motherboard and even the I/O ports. There are four expansion ports, and if you want to populate each one with a USB-C module, you can. Or you can mix and match any combination of USB-C, USB-A, DisplayPort, HDMI, and microSD card slot modules.

“We’ll be adding new Expansion Cards over time, and we’re also opening up the design to enable third parties and community members to create their own versions. We’ll be making these available in the Framework Marketplace,” Framework says.

Unfortunately, this is not really a gaming laptop, which is to say it doesn’t support a discrete GPU. However, you should be able to use it with a cloud game streaming service like GeForce Now just fine. The other knock is that the CPU is attached to the mainboard, so upgrading the processor means a wholesale swap. That’s generally a good idea anyway when going from one generation to the next, but is something to keep in mind when selecting which CPU you want right off the bat.

The introductory model sports a 13.5-inch display with a 2256 x 1504 resolution. It’s powered by one of three 11th Gen Intel “Tiger Lake” processors: Core i7 1185G7, Core i7 1165G7, or Core i5 1135G7, each with onboard Xe graphics. That means you will get some level of gaming performance out of the onboard GPU, but likely only at low to medium settings, especially at that unusual resolution.

Pricing starts at $999 for a complete build consisting of a Core i5 1135G7 processor, 8GB of RAM, and 256GB of storage. Alternatively, Framework offers upgraded configurations, or you can start off with the DIY Edition for $749 and add only the parts you need. So for example if you already own laptop memory (SO-DIMMs) or NVMe storage, you can skip those parts and add them yourself.

That’s a huge advantage over buying a regular laptop, as you’re paying for every component whether you need it or not.

I said this in February when Framework announced this project and I’ll repeat it now—I couldn’t be happier Framework is giving the DIY laptop form factor a spirited run, and I hope it’s a success. If it is, we could potentially see the company offer gaming laptop configurations in the future, and wouldn’t that be neat.