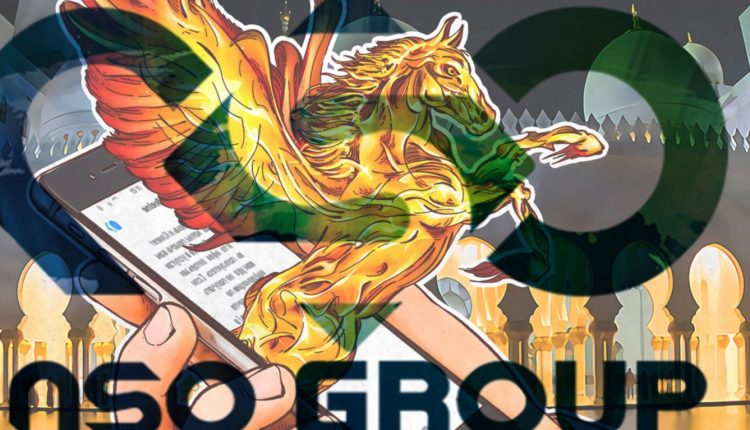 Pegasus Spyware, a tool created by hackers to collect private information about a person or organization and track people online, is a big issue and a nightmare.

Many security experts have written and advised users how not to click links, open messages from unknown numbers and all other precautions they list, are completely worthless.

The power behind the NSO technology is much bigger and if you have an Android or an iPhone, you are doomed and they [hackers] will plant their spyware no matter what measures you take. They are the best in the World in this field.

Moty Weissbrot, CEO at UK-based DigitalBank Vault Limited, told Tech Channel News that the NSO Group has hundreds of cybersecurity engineers, working round the clock to develop advanced tech for infecting devices, and they work in parallel on all smartphone models and adapt their tech to any new security update released from Apple or Android.

“Pegasus spyware can reside within your device even if reset to factory standards and the only way is to throw the device to get rid of the spyware,” he said.

Canada’s “Citizen Lab” is doing a great research job on NSO Group but never gave a real solution on how to fight this spyware.

There are many encrypted smartphones available in the market, but Weissbrot said they are not safe, which is a dangerous “illusion”. They have been hacked before because the data stay on the servers.

Even though WhatsApp, Telegram and Signal say they use encryption methods, he said that it is not true as the hackers can see in real-time what you do and the hackers catch it before you encrypt the data.

Encrypted phones are not safe

All the best encrypted cellular smartphones are connected to the internet and use the cellular network, which means that you are completely exposed to hacking no matter what type of encrypted smartphone you have.

“The best encrypted cellular phones in the world will not secure your secrets, make no mistakes about it. Most of them are creating the encryption keys for you, managing the encryption keys generated by them so that you are trusting some third parties, securing your confidential data, and sincerely speaking, this is a huge mistake. In addition, the servers of these encrypted cell phone suppliers can be hacked, encryption keys can be obtained and all your saved data can be accessed in its decrypted form,” Weissbrot said.

Being in the encryption business for more than 25 years, Weissbrot said that they have been asked by many entities to design communication systems that can bypass the NSO Group spyware.

He chalks out few solutions on fighting back this potent spyware and still being able to communicate safely.

We focus on selling the DigitalBank Vault SuperEncryption software and the encryption level is better than the government level, which means no foreign governments or intelligence agencies such as NSA, CIA or Interpol can decipher it, no matter how much computational power they will apply. It is OTP-based,” Weissbrot said.

Moreover, he said that Governments can force the companies to get access into their servers but they have no servers and the tech is working 100 per cent offline and quite immune to online attacks, besides there are no encryption keys as it is generated on the spot by the user.

“There is nothing called “non-hackable” and if somebody puts his hand on the dedicated device and injects a spyware or malware into it, it is hacked but it is very difficult to hack remotely as it is always offline,” he added.

They have about 200 companies with a lot of users worldwide, including South Korea, South America, Latin America, Japan, Hong Kong, Singapore and Europe.

“We are planning to enter the Middle East markets and looking for strategic partners. The subscription fee is $1,000 per month per license,” he said.