Today, Chinese manufacturer, Xiaomi, released the MIUI 12.5 development version (internal beta 21.6.30 update). Xiaomi fans who have this update shared screenshots of some changes that come with the update. The company has now released the boot interface logo with its new 2 million yuan ($308, 599) logo. Furthermore, the company removes the MIUI light cone interface and many other transition animations. According to users, the new design makes the interface more “silky and smooth”. However, these are not the only changes that the update brings.

On March 30 this year, Xiaomi’s founder, chairman, and CEO, Lei Jun, announced the company’s new logo at the spring’s new product launch event. According to reports, Xiaomi’s new LOGO is designed by Kenya Hara. Xiaomi previously stated that under the “Alive” design concept, Xiaomi’s new LOGO with the beauty of “super-ellipse” mathematics is no longer limited to a corner of the screen, as if it has life. 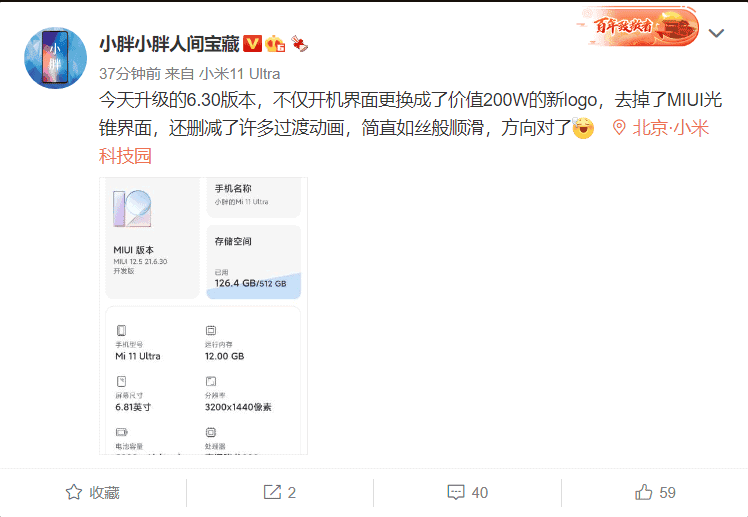 Over the past few weeks, Xiaomi has been internally testing the new version of its photo album app. Today, Xiaomi’s product director and MIUI experience manager @MIUI Xiaofan released a Weibo, showing the upcoming performance upgrade of the MIUI photo album app. The video also shows a comparison with the old version. Click HERE to watch the video.

Xiaofan said that the new version of the Album App has greatly improved performance and fluency. It also improves the response time, frame rate, and high-frequency operation. 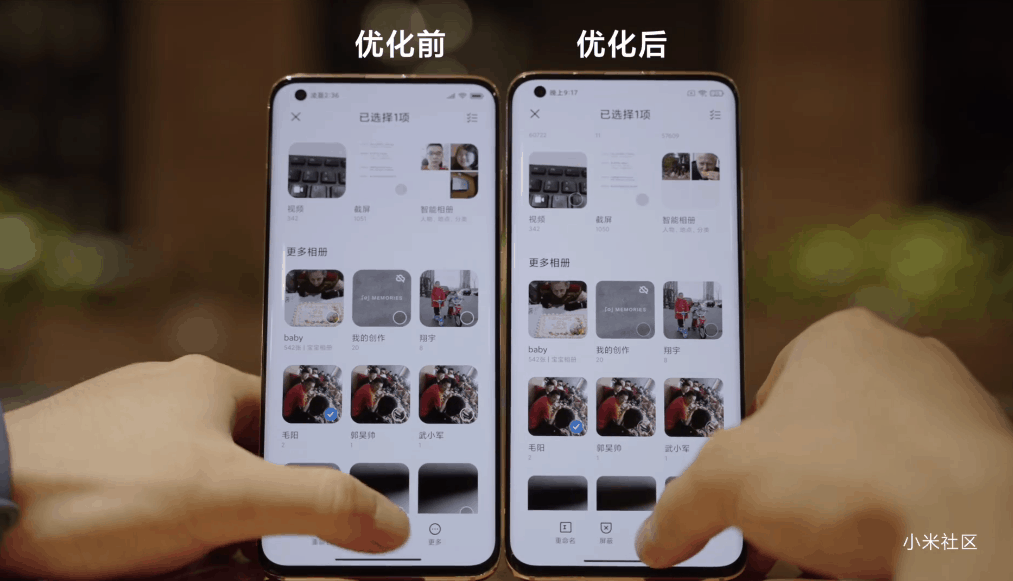 The official comparison video uses the Xiaomi Mi 10 as a demonstration. After importing a large number of photos through the one-key switch, the optimized album was opened and it took a lot of time to load. On the new version, however, the optimized album opened almost in seconds, and the thumbnails appeared immediately.

In terms of video cover preview, when opening a large number of videos, the pre-optimized album loads thumbnails one by one at a speed visible to the naked eye. This process is much faster in the new version of the photo album app.

This new app can also delete photo batches within milliseconds after clicking the delete button. When deleting an album containing a large number of photos, the old version of the App takes 10 seconds to complete this process. However, the new version does this in milliseconds. When emptying the recycle bin, the new version of the album does this without the users noticing what is happening.

According to Xiaomifan, the new version of the photo album app is still in development. The company is still optimizing some features in this version. The OTA update will be available for everyone pretty soon.

How to show/hide Recycle Bin on Windows 11 desktop