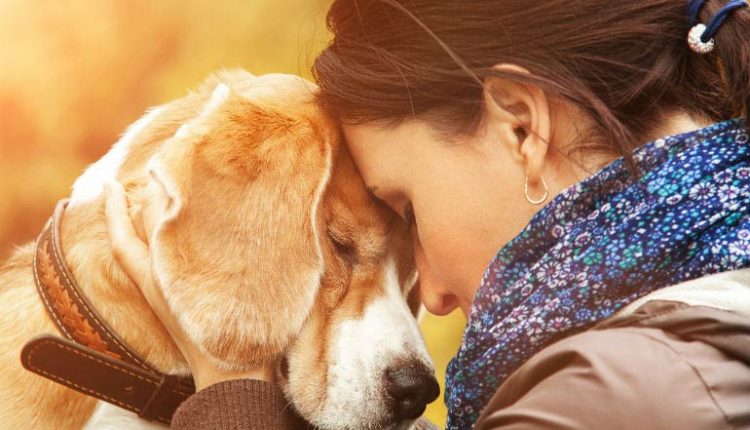 One of the most wonderful things about having a dog is how attached they become to their owners. I work from home and my Jack Russel terrier, Scout, lies next to me on his bed for most of the day. The only time he leaves my office is for a sip of water or to go outside and sun his belly on the porch.

Otter Runs Around And Plays With Dogs On the Beach

That’s why whenever I leave the house and can’t take Scout with me, I wonder, “Does he miss me? Is he sad that he’s alone?”

Studies show that our dogs miss us the moment we leave the house and that feeling slowly intensifies until we are gone for about four hours and they have a “plateau of melancholy.” That’s why the longer you’re away, the more excited your dog is when you return home.

The moment I pull up in my car Scout begins to howl like a wolf trying to contact someone who’s miles away. It’s like, “Dude, I’m 30 feet away. Give me a second to grab the groceries out of the trunk.”

Researchers from the Universities of Pisa and Perugia, Italy have found that if you give your dog some affection before you leave the house they’ll have less anxiety while you’re away.

They conducted experiments with 10 dogs between the ages of one and 11 without attachment issues. The group was composed of seven mixed-breed dogs, one Labrador retriever, one Hovawart, and one Chihuahua.

Participants in the study walked their leashed dogs into a fenced area where they were greeted by a researcher who took their dog’s heart rate. In the first test, after the owners walked their dogs into the area, they talked with a researcher for one minute then left without giving the dog any special attention.

In the second test, the dog owners petted the dog during their interaction with the researcher.

In both tests, the owners left the fenced area and hid far enough away so that the dog couldn’t smell them.

After the owners left, the dogs looked for them for about three minutes on average. After the owners returned, the researchers measured the dogs’ levels of the stress hormone cortisol as well as their heart rates.

The researchers found that whether the dogs were petted or not, their cortisol levels were unchanged. But their heart rate showed a marked decrease if the owners petted them before leaving. Researchers later watched videos of the dogs and found that the ones that were petted showed ” behaviors indicative of calmness for a longer period while waiting for the owner’s return.”

Next time I’m ready to leave the house and Scout follows me to the front door after saying, “Sorry bud, you can’t go with me on this trip,” I’ll kneel down and give him a little extra love and attention.

Maybe that way he won’t howl like the house is on fire when I pull up in my car after a trip to the grocery store.

From Your Site Articles

How to Make Harden Your WordPress Security, Just Say No to Hackers