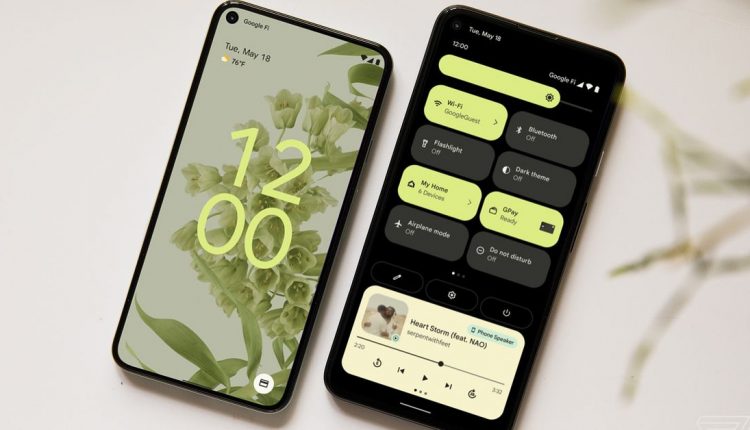 Android 12 is bringing a major redesign to the UI, but Google is still tinkering with the details. Android 12 Beta 2, which started rolling out to Pixels last week, makes it easier to keep track of the length of the current call with an indicator in the status bar.

Normally when you leave the phone app it creates a notification that shows the duration of the call and that can be tapped to return to the phone app quickly. That is still in place, but requires you to open the notification shade first.

Android 12 will skip that step by placing a chip in the status bar that shows the duration of the call. Note that “chip” refers to simple pill-shaped UI elements in Material design. Typically chips can be tapped to trigger a certain action and this seems to be the case here too.

Presumably third-party apps (e.g. Skype, WhatsApp, Viber etc.) will also be able to use a chip to show call duration and set up a custom action when the chip is tapped. You can’t try out the new feature just as the current Google Dialer app doesn’t support it.

This is also why in the video above the chip doesn’t open the phone app – it is not the phone app that created the chip, but instead a custom Magisk/Xposed module by developer kdrag0n used to try out the new features in Android 12.

HiSilicon wants to develop best chips and will not lay off employees even if cannot make new chipsets: Huawei Semiconductor Division