How to get the Android 12 beta on your smartphone

Including compatible phones and if it's worth downloading 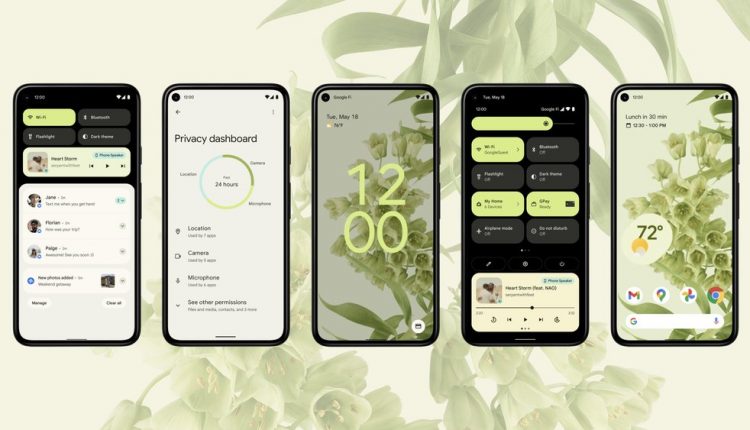 If you’ve got a compatible phone, you can download the Android 12 beta right now, giving you a first glimpse at the big new Android update that’ll start rolling out towards the end of the year.

Normally, Android betas are only for Google Pixel phones, but following a wider release of Android 11’s initial build in 2020, the Android 12 beta has a relatively huge list of compatible devices – that’ll likely just keep growing.

Technically, most of these are ‘developer previews’ of Android 12 – that means they’re early builds designed so app developers can get a glimpse of the new operating system. Non-developers like you and I can still download and test on these devices, but it’s worth backing up your data first.

During the May 18 keynote, Google devs explained how Android 12 will make Android phones more customizable than ever before, letting you personalize your colors across your UI and notifications. It also adds redesigned widgets, smoother animations, improved privacy features, and other improvements.

We expect Android 12 to launch officially in September 2021, around the launch of the Google Pixel 6. So downloading the public beta now would give you five extra months of Google’s cutting-edge software improvements – though admittedly with more bugs and incomplete features than a stable Android 11 build.

If you’re excited to let your creative side fly and make your Android OS fit your personality, we’re here to help you download the new beta – and determine if your Android phone can (or should) run it.

During the Google IO 2021 presentation, we learned the Android 12 beta would be available today on most Pixels. We also know that Asus, OnePlus, Oppo, Realme, Sharp, Tecno, TCL, Vivo, Xiaomi and ZTE will add the beta to some of their phones soon. Here’s a list of handsets that are confirmed compatible with the Android 12 beta:

All these phones, save the Google Pixel ones, are actually running a developer preview of Android 12, intended for developers to test out the new operating system. The Pixel devices are on a slightly more modern, and public, beta build.

Any Pixel from the Pixel 3 to the Pixel 5 should be able to download the public beta. Older Google phones like the Pixel 2 shouldn’t have access, though you can check for yourself on the beta page.

How to download the Android 12 beta on Google Pixel phones

Choose Opt In under the phone you want to register for the beta. Read the disclaimer carefully: it’ll inform you that if you install the beta, ‘you will not be able to unenroll and revert back to a lower public release version of Android without first wiping all locally saved data on your device. You may also encounter issues restoring a backup.‘

In other words, don’t sign up for the beta unless you (A) have a backup of your phone files saved and (B) are prepared to use Android 12 and deal with any bugs until the final version launches officially.

Click Select and enroll. You’ll then have to wait until your phone receives the update. At that point, you should receive a notification that it’s ready to install, but you can also check manually in Settings > System > Advanced > System Updates.

Once the download is ready, start the installation. We’d also recommend plugging in your phone so it doesn’t die mid-download. Once the software is updated, your phone will restart automatically. Then you’ll have access to the Android 12 beta!

How to download the Android 12 beta on other Android phones

As non-Pixel phones are on the Android 12 developer preview, not public beta, it’s a little bit fiddlier to download. Remember to back up your data in case you need to reset the entire device.

For most of these methods, you’ll have to be browsing this article on your smartphone – the link provided will let you download the beta package straight to the device.

For OnePlus phones, click here to head to OnePlus’ website where you can download the beta. It’s worth pointing out that, once you’ve installed it, a few key functions like video calling and face and fingerprint unlocking won’t work – check out all the issues at OnePlus’ forum.

If you’ve got a Xiaomi phone, Xiaomi’s website has links to the beta builds you need to install. That same link has lists of various functions that might stop working for the preview, like emergency calls not working when the screen is locked.

The Oppo Find X3 Pro beta is only working in Australia, new Zealand, Singapore and Taiwan right now, and you need to download a different built depending on your country – each is listed here. A list of known risks is there too including fingerprint and face unlocking not working.

For TCL 20 Pro 5G users, the download link is here. There’s also a list of potential problems – Wi-Fi cannot connect to VPNs, the ‘tap to wake’ function won’t work, and you can’t use 5G.

For some of the other eligible devices, you can find download links through the Android website by clicking here.

How to Hide People from Memories in Google Photos