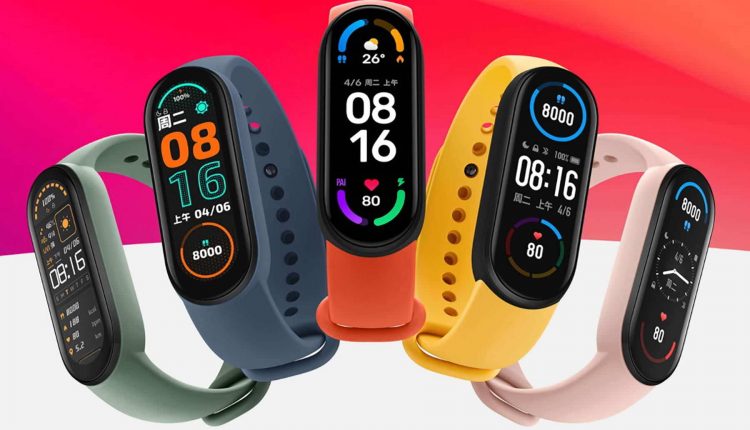 Mi Band 6 India launch date is again hinted, expected in June after Redmi unveiled the first-ever smartwatch in the country, Redmi Watch. Mi Band 6 India launch may not happen in May, but sometime in June. Mi Band 6 is currently the latest smart band by Xiaomi. The company is yet to confirm the availability of the upcoming Mi smart band in the country. Mi Band 6 in comparison to the predecessor this time comes with a larger 1.56-inch AMOLED touchscreen display with a standby time of up to 14 days.

Checkout everything about the upcoming Mi Band 6 launch in India.

Mi Band 6 has a larger 1.56-inch AMOLED touchscreen display offering a screen resolution of 152 x 486 pixels. Mi Band 6 has a pixel density of 326ppi with 450 nits of peak brightness and is waterproof up to 50 metres. The band houses a 125mAh battery, claimed by the company to deliver a standby time of up to 14 days. The band can be charged completely in two hours and supports Bluetooth 5.0.

Mi Band 6 India launch is being expected next month, hinted at a June timeline for release. Mi Band 6 has been launched in two variants. The base variant model is priced at CNY 229 (around Rs 2,500). The Mi Band 6 special edition with NFC is priced at CNY 279 (around Rs 3,000). Mi Band 6 is available in Black, Blue, Brown, Green, Orange, Silver, White, and Yellow colour options.

Mi Band 6 India availability is expected in a few weeks from now,