It's the biggest smartphone camera sensor ever—or at least tied. 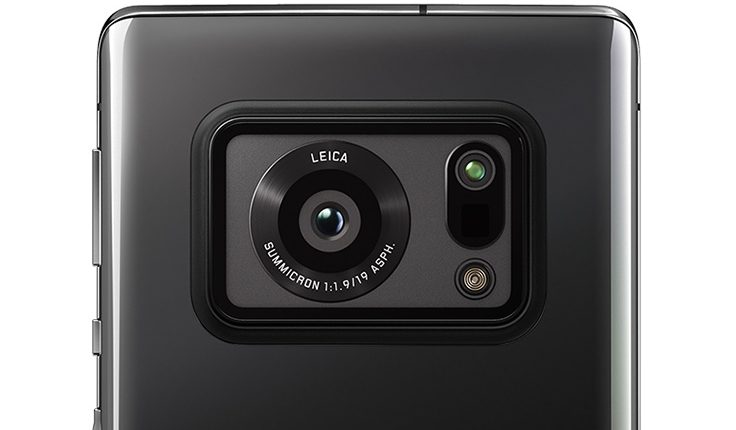 Is filling the back of a smartphone with several small camera lenses really the best camera solution? Sharp is bucking the multi-camera trend with the Aquos R6, a phone with—get this—a single massive camera on the back. Sharp is skipping all the wide-angle zoom lenses out there and going with a giant 1-inch camera sensor instead. This is either the single biggest smartphone camera sensor ever or it’s tied for the largest ever, depending on how you categorize 2014’s Panasonic Lumix CM1, which isn’t so much a “phone” as it is a point-and-shoot camera that runs Android and can make phone calls.

Sharp is not talking about its camera sensor supplier, but there’s a good chance the part is from fellow Japanese company Sony, which has had a 1-inch “IMX800” sensor circulating around the rumor mill for some time. Sony is the leading smartphone camera sensor manufacturer, so don’t be surprised to see a few more 1-inch sensor phones this year. The rest of the specs look pretty good, too. The phone comes with Android 11, a Snapdragon 888 SoC, 12GB of RAM, 128GB of storage, a 5000 mAh battery, a microSD slot, a headphone jack, and a USB-C port.

The display is a Sharp-made OLED with a whopping 240 Hz refresh rate. Sharp has made 240 Hz displays before, but it says this one is the “world’s first” display to have a dynamic refresh rate that goes from 1 Hz to 240 Hz, depending on the content.

Also of note: we finally found a phone that uses Qualcomm’s “3D Sonic Max” ultrasonic fingerprint sensor. Qualcomm originally announced this part back in December 2019 as a dramatically bigger (17x!) fingerprint sensor than the current components on the market. At 30 mm × 20 mm, it was big enough to fit two fingers on at once. The most common cause of fingerprint reading failures is a finger missing the sensor, so bigger sensors can help with accuracy. This sounded like a revolution in fingerprint sensors at the time, but no companies shipped it in a phone. It seems like Sharp is the first to do so, and now it says it has the largest fingerprint sensor in the world.

Sharp does not have a huge international distribution system, so expect this phone to be hard to get ahold of. There’s no price yet, but the device is scheduled for a launch in Japan in June.