Physical touch from a romantic partner is linked to improved well-being, even among those with attachment avoidance 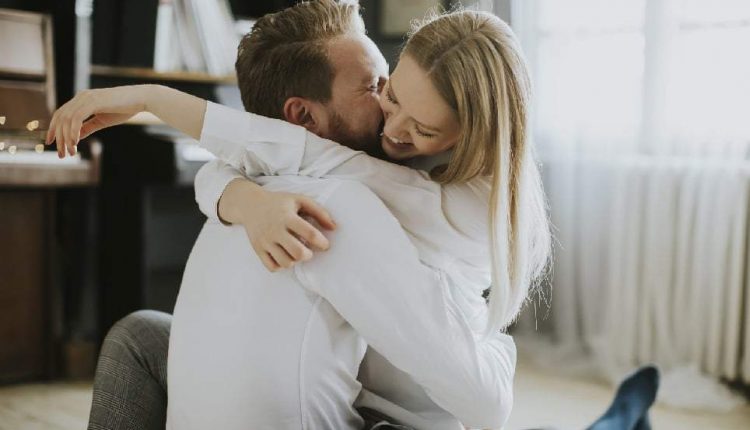 Avoidantly attached individuals tend to shun intimacy and are reluctant to form close personal relationships with others. But new research provides evidence that they benefit from physical affection in their romantic relationships just as much as securely attached individuals, even though they might express a greater aversion to physical affection.

The new findings have been published in Personality and Social Psychology Bulletin.

“I have been studying interpersonal, affectionate touch in couples for about 10 years now and have found that this touch is associated with a better mood in daily life as well as with enhanced well-being over the long run,” said study author Anik Debrot, a senior researcher at the Cognitive and Affective Regulation Laboratory at the University of Lausanne.

“Several other studies indicate that touch is beneficial for physical, psychological and relational well-being. However, little is known about who benefits more or less from this touch. I did not believe that touch would be good for everybody.”

“I thought that the people most likely to benefit less from it would be those who have difficulties with psychological and physical intimacy and who struggle trusting others: the people high in attachment avoidance,” Debrot explained. “Those people are also known to have lower well-being. However, as I read more about attachment avoidance, I realized that some research indicates that those people seem to benefit from different kinds of positive behaviors in relationships, despite the fact that they tend to claim that they don’t care about it.”

“Hence, with my co-authors, we thought that they could feel less good because they benefit less from touch, but also that they could just get less of this positive behavior, and hence show lower well-being.”

The researchers conducted three studies to examine the link between relationship attachment styles and affectionate touch. Their first study surveyed 1,604 individuals in romantic relationships. The second objectively measured touch in 80 couples as they engaged in six brief conversations. In the third, 98 couples completed nightly surveys for 28 consecutive days.

Despite the differences in methodology, all three studies found similar results. The researchers observed that those with greater attachment avoidance tended to engage in less frequent touching of their partner and also receive less touch from their partner.

Contrary to their expectations, however, the researchers found that the positive link between touch and psychological well-being existed regardless of levels of attachment avoidance.

“What we found is that people higher in attachment avoidance benefit exactly as much from touch as any other person. Hence, even if previous research has shown that they say they like touch much less, when they actually receive it, it is good for them,” Debrot told PsyPost.

“However, in most of our analyses, we also found that they engage less in touch with their partner, and that this explains in part why they have lower well-being (i.e. are generally less satisfied with their life and experience less positive emotions.) So, even if you, or someone you know well, doesn’t like touch, the chances are high that they actually can benefit from it.”

Of course, one shouldn’t pressure someone to receive physical affection against their wishes. “This study doesn’t mean one should simply go ahead and touch a partner who says they don’t like touch, but rather have in mind that they might actually like to exchange affection when the conditions are right,” Debrot explained.

But the study — like all research — includes some caveats.

“Our results can be considered quite strong because we show a similar pattern of results in three different studies, using different methods. However, as is often the case in couples research, we had rather highly satisfied couples,” Debrot said.

“I believe the most important further step to address would be to understand under which conditions people that are more avoidantly attached – and who generally also present lower well-being and relationship satisfaction – can be open to exchanging touch, and what can be done to make them more open to this behavior from which they can benefit,” she added.

The study, “Is Touch in Romantic Relationships Universally Beneficial for Psychological Well-Being? The Role of Attachment Avoidance“, was authored by Anik Debrot, Jennifer E. Stellar, Geoff MacDonald, Dacher Keltner, and Emily A. Impett.

Google Photos price: what will it charge when free storage ends in June?