Dream camera phone with 1-inch sensor and two zoom cameras gets a release date, promises to crush iPhone and Galaxy 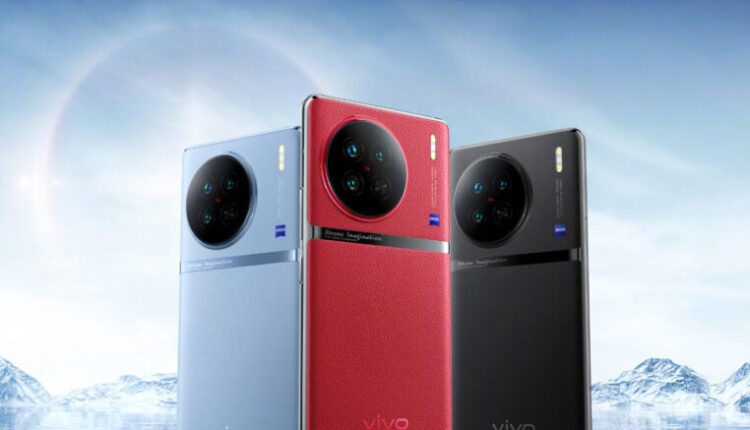 When it comes to camera phones, most people will tell you that the latest iPhone 14 Pro, Galaxy S22 Ultra and Pixel 7 Pro are the best you can get, and while these are great phones for both photos and videos, there is one other phone maker that is meticulously focused on creating the ultimate smartphone camera. And its best and latest creation is right around the corner, with a release expected in just about a week.

The new Vivo X90 Pro Plus packs the absolutely best camera hardware you can think of. The highlight of its camera system is a giant, 1-inch sensor for the main shooter, and this larger sensor promises better all-around performance and creamier bokeh than on iPhones and Galaxies.
Those of you following these camera sensors, would be delighted to know that this is the incredible Sony IMX989 image sensor, which was first unveiled in the middle of 2022, and then implemented in the impressive Xiaomi 12S Ultra.
The Vivo X90 Pro Plus adopts the same powerful sensor, and is one of a few upcoming powerful camera phones that have it. The niche Leitz Phone 1 with Leica branding also uses this sensor, and we expect it to dominate the flagship space in 2023, at least when it comes to popular Chinese phone makers like Xiaomi, Oppo, Vivo and the rest.
Just take a look at these shots captured on the Vivo X90 Pro Plus:
Vivo X90 Pro Plus official sample photos
Granted, these are carefully selected shots that showcase the best this phone is capable of, but even with this in mind, it’s an impressive showcase.
Vivo advertizes this camera as also using Zeiss high-quality glass lenses and on the back of the phone, you will find printed the following: Zeiss Vario-Tessar, 1.6-3.5/14-90 Asph, meaning that the phone has a 14mm ultra-wide lens and a 90mm zoom lens.
The Vivo X90 Pro Plus also has not one, but two telephoto zoom lenses. The periscope one offers a native focal distance of 90mm, which is great for portraits and photos of pets, but with some software camera magic, it can go as long as 100X zoom, the same as on the Galaxy Ultra series.
Take a look at the specs highlights of this impressive upcoming phone:
One quite unique feature of Vivo flagship phones and the X90 Pro Plus is the presence of a dedicated “portrait telephoto” camera, which is basically a 2X zoom camera used for portrait mode. 2X is an extremely underrated focal distance, it works out to about 50mm in traditional photography terms and is closest to the way the human eye perceives the world.
It is extremely versatile for portraits: you can capture a full body shot, half body, or even a close up portrait of the face without distortion, so we are glad to see that it’s still available on the X90 Pro Plus.
Interestingly, the phone is rumored to come in two versions: one with the new MediaTek Dimensity 9200 processor, a chip rumored to beat the current Snapdragon generations (8 Gen 1, 8+ Gen 1), and then an even more powerful model with the Snapdragon 8 Gen 2 processor. Keep in mind that the Snapdragon model is expected to launch a bit later than the MediaTek version.
At 4,700mAh, the battery inside this phone is not the largest out there, but certainly not small by any means. It’s also extremely nice to have super fast charging on board and the Vivo comes with 80W wired charging support, which should top up the phone from 0 to 100% in less than forty minutes. You also have wireless charging on board.
The phone is launching with Android 13 with its own custom skin on top. For the global version, that would be the Funtouch OS (isn’t this the best name for a custom phone UI you have heard?), while the Chinese version gets its own skin called the Origin OS Ocean.
The unfortunate news is that just like most such powerhouses from Chinese brands, the Vivo X90 Pro Plus will not be officially sold in the United States, so don’t expect to see this phone at the carriers or on Amazon or Best Buy. However, it will certainly be possible to import one via smaller specialized stores.
6
Share