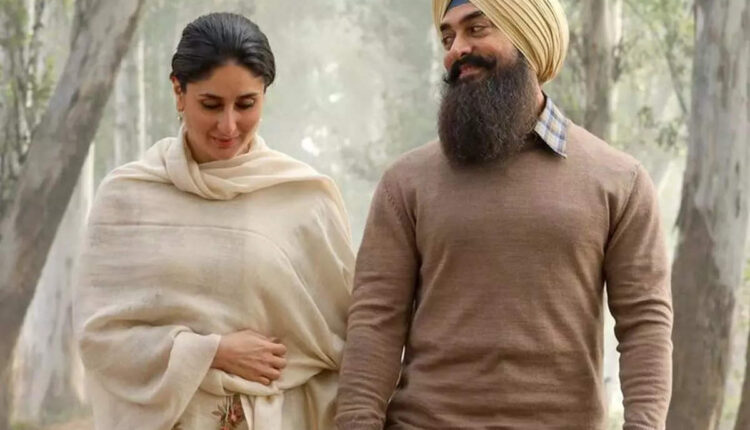 Starring Aamir Khan and Kareena Kapoor, ‘Laal Singh Chaddha‘ flopped domestically after its dismal performance in the theatres. However, it has done extremely well internationally, which lightens the burden on the producers for sure. The film is the remake of ‘Forrest Gump’ and is in fact the highest money-making film internationally in 2022, and has overshot Gangubai Khatiawadi, Bhool Bhulaiyaa 2 and Kashmir Files. With the release of Liger, many cinema halls shall pull down ‘Laal Singh Chaddha .

The 3 films, Gangubai Khatiawadi, Bhool Bhulaiyaa 2 and Kashmir Files, were a superhit in India too unlike ‘Laal Singh Chaddha’. However, in comparison the Telugu hit film ‘RRR’ has made $20 million dollars from international markets.

Laal Singh Chaddha’ on the first day of release showed occupancy of just 15-20%, which is really a sorry affair for an Aamir Khan film. A release coming after 4 years would have expected a better showing if one compares the budget of the film, which is Rs 180 crore. The film is directed by Advait Chandan and is an official copy of the Tom Hanks mega Hollywood movie ‘Forrest Gump’. Laal Singh Chaddha stars Kareena Kapoor Khan, Naga Chaitanya and Mona Singh. Prior to its release, the movie landed  numerous controversies and many people commented about why see a copy when the original ‘Forrest Gump’ can be seen dubbed in Hindi. Netizens had sought a boycott due to past comments of both Kareena and Aamir, and their request to fans to cancel the boycott later did little to dissuade them .