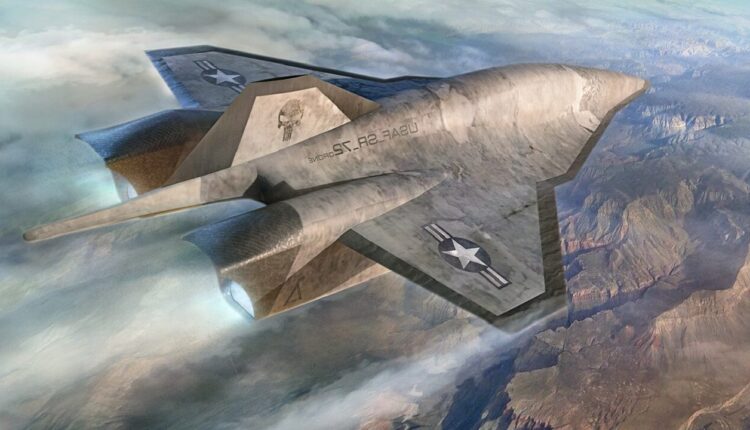 Why China was just a little nervous about the SR-72 in Top Gun: Maverick – Top Gun: Maverick is on track to be one of the highest-grossing films of the year. Despite being delayed due to the Covid-19 pandemic, the film already crossed the $1 billion mark in ticket sales last month and shows little sign of slowing down. Hundreds of millions of people worldwide have seen Tom Cruise back in action, but most people in China probably won’t get to see it – unless they can get their hands on a bootlegged copy.

Tencent, the major Chinese investor in the film, pulled out due to reported concerns that the Chinese Communist Party wouldn’t support the film’s positive framing of the U.S. military. The tensions were tied to a 2019 trailer of the film that showed Tom Cruise’s character wearing a flight jacket without the flag patches of Japan and Taiwan. At the time, critics called out the production for bowing to Beijing, which doesn’t officially recognize Taiwan as an independent nation.

Those patches were restored, and their inclusion – as well as the fact that mainland China has essentially banned it – has helped make the film a smash hit in Taiwan.

Even if the CCP doesn’t want the average Chinese citizen to see the film, the long-awaited sequel to 1986’s Top Gun, some in the People’s Liberation Army are sure to have watched it. Their main intent would probably not be to see Tom Cruise, but rather to get a closer look at the hypersonic SR-72 Darkstar experimental aircraft that makes an appearance onscreen.

In fact, according to reports, even as the film was being made, some Chinese aviation experts went to great lengths to get a glimpse of the Lockheed Martin SR-72, which is affectionately known as the “Son of the Blackbird” – the spiritual successor of the Cold War-era SR-71 “Blackbird.” Rumors circulated long before the film was released that the spy plane would get its close-up. In fact, legendary filmmaker Jerry Bruckheimer told Sandboxx News earlier this year that the Chinese pulled out all the stops to get a sneak peek at the full-size mock-up of the Darkstar that was custom-built for the film.

“The Navy told us that a Chinese satellite turned and headed on a different route to photograph that plane,” Bruckheimer explained. “They thought it was real. That’s how real it looks.”

Bruckheimer added that Joseph Kosinski, the film’s director, had worked with engineers out of Lockheed Martin’s famed Skunk Works on the design of the aircraft seen in Top Gun: Maverick, and suggested they had a lot of fun building the prop.

“The reason we approached Skunk Works is because I wanted to make the most realistic hypersonic aircraft we possibly could. In fact, as you saw, we built it full-scale in cooperation with them,” Kosinski also told Sandboxx News. “But the reason it looks so real is because it was the engineers from Skunk Works who helped us design it. So those are the same people who are working on real aircraft who helped us design Darkstar for this film.”

This may not be the first time that a movie has been used to give a glimpse of something considered fairly secret. In this case, it appears that the U.S. military and Lockheed Martin didn’t mind sharing a bit about the SR-72 Darkstar. They might have hoped to make Chinese and Russian officials worry about it.

But for more than 80 years, speculation has persisted on that 1930s Hollywood megastar Errol Flynn made the 1941 film Dive Bomber, which featured many scenes involving the U.S. Navy’s USS Enterprise (CV-6), as a covert way to pass secrets about the U.S. carrier and its aircraft to the Japanese. Flynn is rumored to have been a Nazi sympathizer – a rumor his family continues to dispute – but it should be noted that Dive Bomber was made with cooperation from the Navy, and the film was actually used to help recruiting efforts. In addition, all of the stills and publicity shots had to be approved by the Naval Intelligence Bureau.

Even if the Japanese did gain some information from the film, it seemed that it made little difference in the war effort. Likewise, the Chinese will likely glean little from Top Gun: Maverick – except perhaps to learn that the U.S. Navy’s pilots are truly among the best in the world. Sorry, no SR-72 secrets will be revealed.

The World’s Most Sensitive Dark Matter Detector has Come Online