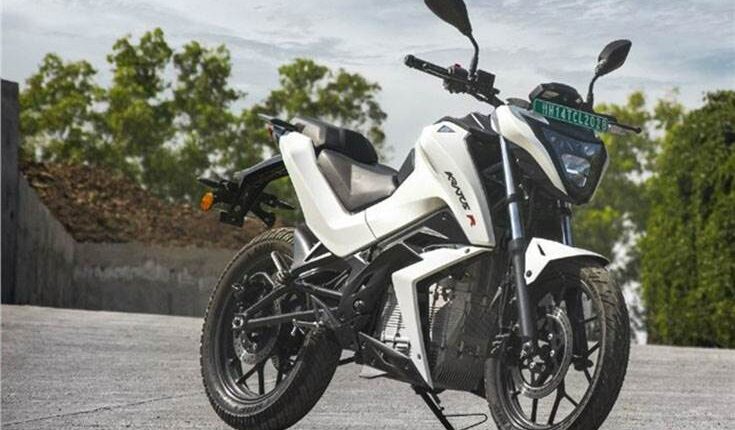 The Kratos and Kratos R electric bikes from Tork Motors have lately started to be delivered in India. In January of this year, the Pune-based electric two-wheeler mnaufacturer introduced the two models, much to the anticipation of India’s motorcycle community. Although the deliveries were supposed to start in April, the delay was caused by problems with the component supply—an issue that goes beyond the confines of the Indian motorcycle industry.

Electric motorcycles in the initial batch totaled 20 units, and they were shipped from the company’s Pune headquarters. The motor specs between the Kratos basic and R versions are different. The former has a power output of 7.5 kW and a maximum torque of 28 Nm. It has a 62-mile-per-hour top speed rating as opposed to the 65 miles per hour of the R model, which produces 9 kW and 38 Nm. A 4kHW lithium-ion battery, which is the same on both variants, is said to have a real-world range of 75 miles per charge. Due to its integrated fast-charging capability, the R trim enables noticeably faster charging times.

When it comes to pricing and availability, the Tork Kratos and Kratos R have already begun shipping to customers. The base model Kratos is priced at the equivalent of $1,354 USD, while the range-topping Kratos R retails for the equivalent of $1,630 USD. Tork’s dealerships can be find in key Indian cities such as Pune, Mumbai, Delhi, Chennai, and Hyderabad.

It’s interesting to note that the Tork Kratos is among the first few electric motorcycles to feature naked bike styling. It’s sure to be a hit among the enthusiast crowd looking for something sportier that would stand out in the sea of budget-focused electric scooters in the market.