There is another phone with the new giant 1-inch Sony camera sensor, and it’s not Chinese 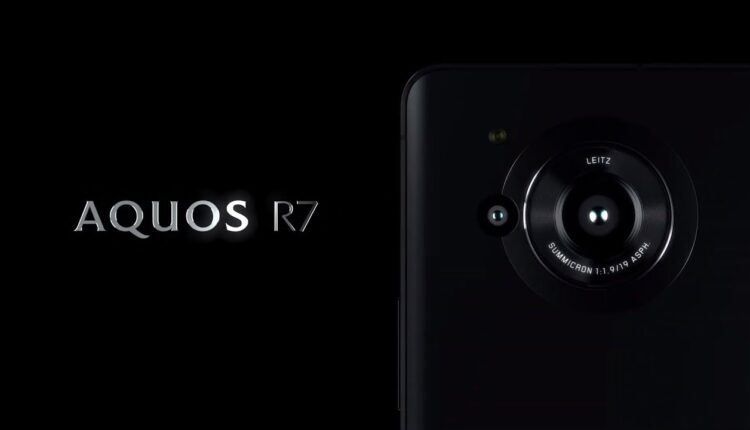 In our Xiaomi 12S Ultra vs Samsung Galaxy S22 Ultra comparison we found that the exclusive Sony IMX989 sensor with a gigantic one-inch size is a match for Samsung’s finest when it comes to the main camera kit as, albeit with a smaller resolution than the 108MP Samsung sensor, it comes with much larger pixels able to collect more light at night.

Well, apparently the big Sony sensor is still the largest installed on a modern phone, yet it is not all that exclusive as one flagship hailing from Japan has had it since the spring and even touts its partnership with Leica over its development, just like Xiaomi did.
Back in the days we had a “Monsters from Asia” regular, and Sharp very often swiped the floor with each and every other brand out there in terms of specs and innovation. It was first with high-brightness, high refresh rate displays which are on top of that very frugal on the battery and first with big 1″ camera sensor on a veritable Aquos R6 phone last year, rather than a camera with phone functions like the Panasonic CM1 way back.
Well, this year’s Sharp Aquos R7 edition also has a 1″ sensor, and an “improved” one at that, and a Japanese source dove in its system info to find that it is none other than the same Sony IMX989 that is in the Xiaomi 12S Ultra and with the same Leica branding at that.
Thanks to its unique IGZO display technology, Sharp has been doing cool things with “all-screen” designs and 120 Hz screen refresh rates years before anyone else. The inconspicuously named SH-01 was part of the winter crop in 2015 and it was perhaps the first phone to sport a display with such a high refresh rate.
The Aquos R6 was the first modern handset with a humongous 1″ camera sensor in 2021, and it seems that the Aquos R7 has been the first with Sony’s new IMX989 1-incher released before the Xiaomi 12S Ultra made the tape.
Not only that but the Aquos R7 sports 240Hz adaptive display refresh rate and record 2,000 nits of peak brightness from the IGZO panel. Well done, Sharp, keep’em coming and do global releases!
38
Share