Hold Up, Emirates Wants Airbus To Build Even Bigger Jets… 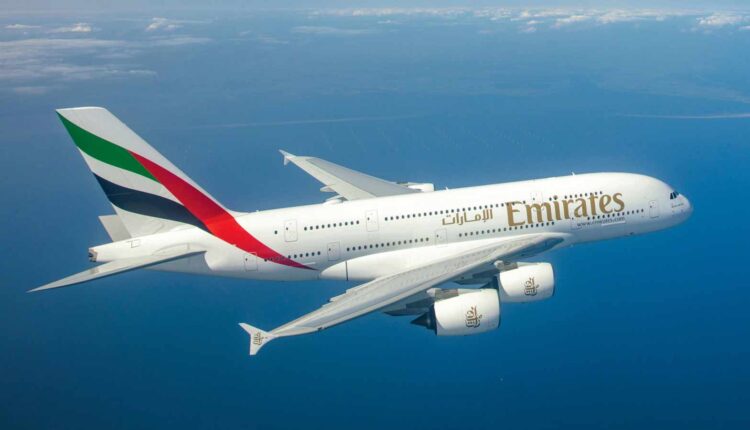 It might sound weird in an era where the A380 is broadly considered a commercial failure (and where most airlines are going smaller, not bigger), but Emirates wants Airbus to build even bigger jets (than the ones currently filling the order books). This despite the Airbus A380 – already quite a large jet – falling out of favour worldwide as smaller, more cost-efficient jets fill up other airlines’ fleets.

Despite acknowledging the A380 is dead a couple of years ago, that still hasn’t stopped Emirates President Tim Clark from wishing Airbus would make a bigger product than they do now (the biggest jet Airbus currently makes is smaller than the A380, with Emirates’ last ever A380 order being delivered to them last year). Unfortunately for him (and Emirates), it’s not up to him; it’s up to Airbus. And Emirates can’t make it economically viable for Airbus to produce huge jets on their own (Emirates took delivery of almost half the A380s ever made).

Emirates took delivery of their last A380 ever in 2021 and plans on retiring them in the mid 2030s. Emirates is now ordering A330s and A350s to replace A380s as and when it needs to. But according to Mr Clark, even the A350s (which are big compared to most other aircraft, but not as big as the A380), are not as big as he might like.

According to Simple Flying, Tim Clark said the Airbus A350-1000 is “too small” at a media roundtable in Doha. They also reported that Clark said, talking about Airbus’ future aircraft: “How are you going to cope with global demand if you pick up that 2019 [demand] and extrapolate it to 2030 at 4%? Where does that take you? And how are we going to deal with that with A320s or A350-1000s?”

The remark was picked up by aviation discussion forum airliners.net, too. On the forum, one user speculated: “Tim is waiting for a slightly smaller a380, rewinged twin engine let’s call it A378.”

Another wrote: “I think everyone bar EK has publicly regretted the A380, apart from British Airways. I’d argue that BA, as the worlds largest 744 operator and No2 747 family operator has a similar model to EK. But even BA couldn’t stomach more than 12 – even secondhand with engine commonality.”

The same user continued: “EK have a very specific business model, funnelling passengers from all corners of the world to the other corners via DXB on widebody aircraft. Its a 24/7 operation of unmatched scale, so the A35K probably isn’t large enough, the A380 works for EK. The problem is that no-one will build an aircraft for EK alone and their specific needs.”

Another said: “Not included are the conversions rights in the many A350 contracts, the unprecedented Covid crisis airlines went through since 2020 and Airbus supply chain issues making them reluctant to overpromise. Looking at proven performance, competitive situation and market requirements, I wouldn’t be worried about A350-1000 (-900 / 950F) prospects at all. Negotiations will be tough.”

Emirates has a particularly special relationship with the A380 because it has a different business model to most other airlines. It has made a name for itself by transporting large groups of people long distances across the globe, via its world-class base in Dubai. Especially at slot-constricted airports like Heathrow and Sydney, Emirates’ large jet strategy has proven particularly effective. For this reason, it makes sense they would be stoked if Airbus took it upon themselves to fund research and development into an A380 (like) replacement.

Speaking of all that, it reminds us of some interesting comments Clark made in an interview with Airline Ratings in 2019, which explain (why he thinks) the A380 failed for other airlines. Clark said: The A380 was a misfit for Air France. They never scaled, they only have ten aircraft. Yes, we faced the same teething problems, but we dealt with them because we were scaled enough to deal with it. If you’ve got a sub fleet of 10 it’s a bloody nightmare and the costs go through the roof, she is absolutely right. But if you got a hundred of them it’s a bit different.”

He added: “Your unit costs in operating with that number are a lot lower than having just ten. Secondly, look at their interior. What did they actually do to shock and awe their market community with that A380 when it came to market? Why was it that it was Emirates, who took it after Singapore Airlines, that it lit up the planet in terms of showers and bars and big TV screens? We did it for a very well calculated reason. Not to blow our trumpet. But simply we had taken a huge risk and huge investment.”

“The whole approach to the A380 at Air France and Lufthansa was ‘just more of the same.’ They lost the opportunity to really define it. They never ordered any more. British Airways didn’t order any more. BA should have had the same number of A380s as we have, hundred of those. They got 62 million people in the UK and a congested Heathrow hub, that should have worked easily.”

As interesting (and arguably on the money) as those comments were, with everything going on at the moment though, we’d say don’t hold your breath on an A380 replacement coming any time soon.