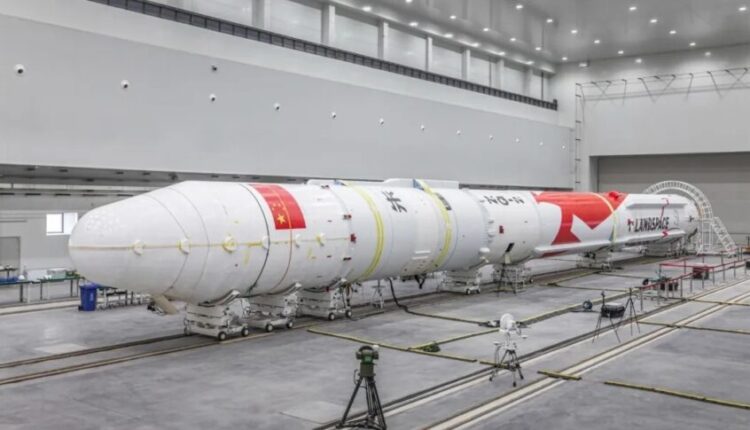 China is reportedly planning to test its newly developed orbital and suborbital launch vehicles at the Zhuque-2 spaceport to advance its commercial space industry.

China’s Landspace, a Beijing-based launch startup, is preparing to launch its Zhuque-2 methane and liquid oxygen rocket, reported Space News. The mission, which is scheduled to take place soon, will mark the debut of a liquid propellant launch vehicle in China’s growing commercial space industry.

The concept of commercial space in China proficiently started in late 2014, when the Chinese government published ‘Document 60’, a document allowing funding in certain areas of the space sector.

So far, the initiative has resulted in a proliferation of solid launchers with varying degrees of success. It would be a big step for the industry to have liquid launch capabilities.

Landspace has already built infrastructure at Jiuquan for the convenience of methane and liquid oxygen launchers.

Zhuque-2 could be the world’s first methane-fueled rocket to make a launch attempt, while SpaceX is also working on a full test flight of the much larger Starship, the report said.

In addition to establishing a $1.5 billion medium and large-scale liquid rocket assembly and test plant in Jiaxing, Landspace has also established an intelligent manufacturing base in Huzhou. Both the places are located in Zhejiang Province.

Another Chinese launch company, iSpace, is also working on the Hyperbola-2 methalox rocket. The company recently unveiled a first-stage test article at Jiuquan in anticipation of conducting hop tests.

The Hyperbola-2’s reusability is one of its primary goals, and the hop tests will be conducted ahead of a potential orbital launch in 2023.

On the other hand, the Zhuque-2 will initially be expendable, but Landspace wants to modify it so that the first stage can be recovered.

Other Launches In Line

The report said that CAS Space, a spinoff from the state-owned Chinese Academy of Sciences, is getting ready to launch its ZK-1A (Lijian-1) solid rocket from Jiuquan for the first time.

The ZK-1A will be the most potent solid launch vehicle in China and be able to ellipse the Long March 11 by lifting 1,500 kilograms to a 500-kilometer SSO. Additionally, CAS Space is developing bigger solid rockets and reusable liquid launchers.

China Rocket, a subsidiary of the China Academy of Launch Vehicle Technology (CALT), and the nation’s primary space contractor, CASC, have undertaken several tests in preparation for the launch of a comparable Jielong-3 solid rocket. However, the test will not take place before September this year.

In the last few years, Jiuquan has expanded to accommodate the rise in space launch players and satisfy the increased demand for launches.

EurAsian Times had earlier reported that an explosion occurred at Jiuquan in October 2021 at facilities in Jiuquan. However, it doesn’t appear to have significantly affected the spaceport’s daily operations.

Jiuquan is not the only spaceport that is expanding significantly. On July 6, China started the construction of its first spaceport for commercial launches in Wenchang, south China’s Hainan Province.

The Site, according to industry insiders, will enhance the launching capability of domestic and commercial carrier rockets even more.

“Hainan will make full use of the synergistic advantage of the launch site and policies of the FTP, striving to build Wenchang into a top-ranking international space city and to accelerate the construction of industrial chains of a rocket launch, satellite, and data,” Feng Fei, governor of the Hainan provincial government, said.

The commercial launch facility will be constructed in a separate section of the existing Wenchang International Aerospace City.

In June, the state media outlet noted that Wenchang International Aerospace City hoped to achieve regular commercial launches in the first half of 2024.

Hold Up, Emirates Wants Airbus To Build Even Bigger Jets…