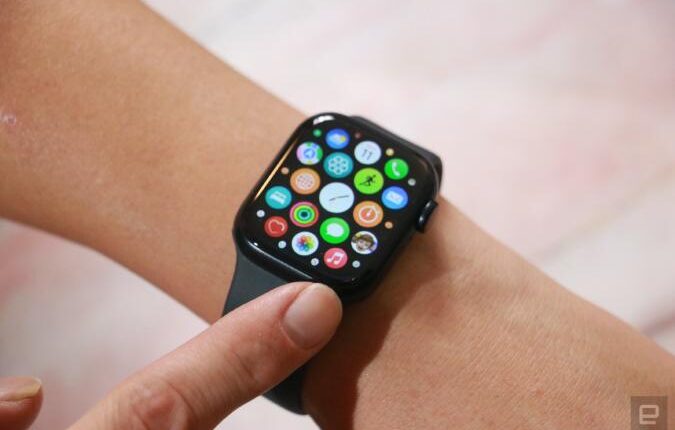 The next Apple Watch will reportedly include a body temperature sensor that will warn you when you’re coming down with a fever, according to Bloomberg’s Mark Gurman. The Series 8 won’t provide an exact reading, but it could send a notification that prompts you to see a doctor or use a dedicated thermometer.

This isn’t the first time Gurman has brought up the possibility of the Series 8 including a temperature sensor. He first mentioned Apple was working on the feature back in June 2021, reporting that it would likely arrive with the company’s 2022 wearable lineup. He backtracked on that prediction in January, warning fans that blood temperature monitoring was among a handful of capabilities that were a few years away.

However, a few months later, he said the Series 8 would include a body temperature sensor, provided the feature passed Apple’s internal testing guidelines. Now, writing in the latest edition of his Power On newsletter, Gurman says he believes the feature is “a go” for the standard Series 8 and the oft-rumored rugged edition Apple is creating for extreme athletes.

Gurman says other changes to the Series 8 “will probably be minor.” Reiterating his reporting from last week, he suggests the wearable will feature the same processing power as the Series 7 and Series 6. He also mentions that higher-end Series 8 models could include an updated display. Another device that reportedly won’t come with many upgrades is the second-generation AirPods Pro. Gurman writes that they won’t include heart rate or body temperature monitoring features, as had been suggested by some reports. “I’m told that neither feature is likely to arrive in the 2022 upgrade, though both enhancements have been explored inside the company and could arrive one day,” he says.

Satellites falling back on Earth due to solar flares. Scientists explain how dangerous they can be