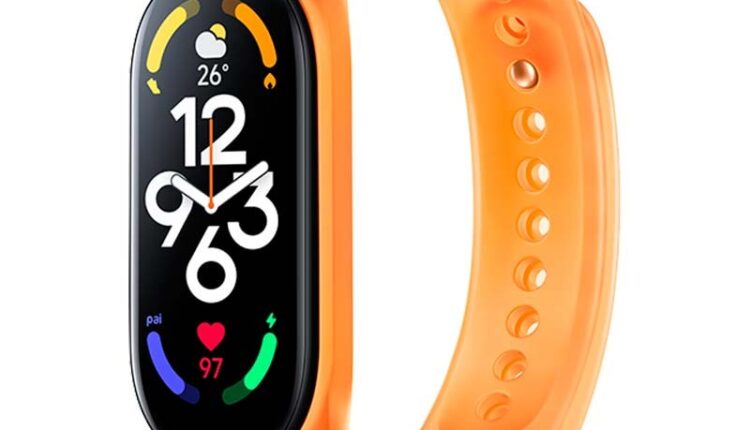 After launching the Mi Band 7 this May, Xiaomi is now gearing up to launch a Pro variant of the popular fitness tracker. The company has shared a short teaser of the Mi Band 7 Pro ahead of its official launch and confirmed that it would land with the Xiaomi 12S series early next month.

In a recent post on Weibo, Xiaomi shared a short teaser video of the upcoming Mi Band 7 Pro. The video gives us our first look at the premium fitness tracker, which features a much larger display and better build quality than the non-Pro variant. At first glance, the premium fitness tracker looks a lot like the Redmi Smart Band Pro. However, unlike the Redmi Smart Band Pro, the Mi Band 7 Pro appears to have a more premium metal chassis.

While Xiaomi’s teaser video doesn’t reveal much else about the Mi Band 7 Pro, renowned leaker Digital Chat Station has shared a couple of renders that shed some more light on the fitness tracker. The leaked renders reveal that Xiaomi will launch the Mi Band 7 Pro in two color variants — one featuring a gold bezel around the display and a white band, while the other featuring a gunmetal bezel around the display and a black strap. Both models will come with traditional watch-style bands, unlike the Redmi Smart Band Pro. As mentioned earlier, Xiaomi will unveil the Mi Band 7 Pro alongside the Xiaomi 12S series on July 4. The premium fitness tracker will likely offer all the features found on its more affordable non-Pro counterpart, along with a couple of extras. However, we currently don’t have any info on the additional features it may offer. We’ll make sure to let you know as soon as we learn more.