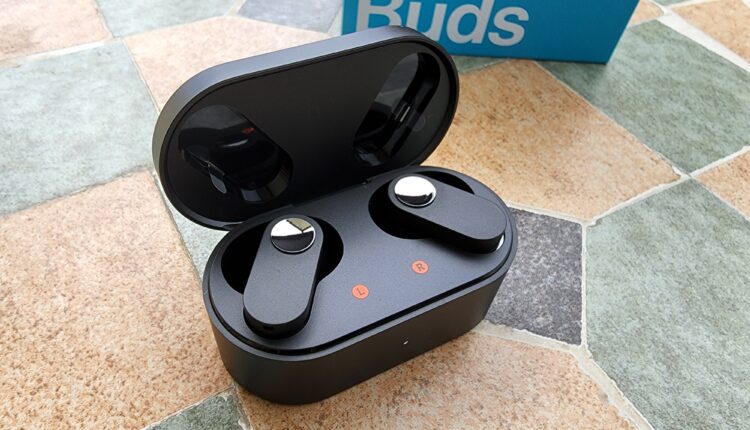 The OnePlus Nord Buds are keeping the value tradition of OnePlus alive, but now in the true wireless earbuds market. They may not have much in the way of flair or snazzy features, but they deliver on the basics really well.

With sizeable drivers for earbuds and a Bluetooth 5.2 connection, the Nord Buds do their main job nicely: delivering clear audio. They get a surprisingly heavy bass and rarely muddle the audio. In some music, the soundstage even feels fairly wide, considering the price. Busy music can feel a bit crowded, but overall the listening experience is exceptional for such a cheap pair of wireless buds. Even the incoming audio through the mics is good — not broadcast quality, but clear and devoid of background noise.

The OnePlus Nord Buds aren’t trying to be the best wireless earbuds, but they’re doing a great job being some of the best value earbuds with decent audio quality and battery life at a great price.

OnePlus hinges almost all of the aesthetics of the buds on shiny, concave dishes on each bud, giving them a fun little mirror for visual intrigue. It’s not much, but it keeps them from looking boring. Otherwise everything is built around a pill shape, including the charging case. That shape makes it a pain to fit the case into a pocket, sadly. It does come with a healthy dose of battery life at 23 hours, and the buds themselves can muster up to 7 hours of runtime — a fact they proved to us.

While some features are limited to users of OnePlus phones, they hardly feel essential and shouldn’t mean that non-OnePlus mobile users avoid these buds.

Ultimately, if you’re on a tight budget and want cheap wireless earbuds that feel like a quality experience overall, the Nord Buds feel like a safe bet.

The OnePlus Nord Buds launched at the beginning of June 2022. They come at a competitive price in keeping with the Nord branding. In the US they’re just $39, while in the UK they’re £49.

But for the most part, the models launching at this price are from lesser-known names, so have a reassuring brand like OnePlus behind these is good news.

The OnePlus Nord Buds keep things pretty simple from a design and feature standpoint. They’ve got a bit of aesthetic flair with a slightly concave, reflective dish on the short, pill-shaped stems. Those shiny little dishes also serve as a touch control, making it easy to feel where to poke at when trying to control playback. Beyond this, the buds have a pretty classic design with a small speaker port wrapped in a silicone sleeve. There are two mics on each earbud, one at the end of the stem and one on the inner side of the buds, evidently for picking up and eliminating background noise.

OnePlus has gone for a rather blocky design on the Nord Buds. While there are a lot of rounded edges on one axis, there are flat edges on the other. That’s not so much an issue for the buds themselves, but it’s a sour point for the case. The Nord Buds fit into a fairly chunky case, and the hard edges on the bulky design make it stick out awkwardly in pockets and have it fight not to go into them in the first place.

There’s not too much to complain about with the charging case otherwise. It holds the earbuds securely in place with magnets. There’s a charge indicator light on the front, though it doesn’t provide as much nuance as cases with multiple indicator lights. The rear houses a USB-C charging port. Considering the economy of this product, it’s not surprising to see Qi wireless charging missing from it.

While the earbuds have an IP55 rating against dust and water, making them a fair option for workout buds, they do have a tendency to slip a bit from sweat.

Some of the buds features are annoyingly locked to only OnePlus devices. OnePlus Fast Pair and Dolby Atmos support for the buds only come with OnePlus phones, though the latter is really only something needed once, and the value of the latter is dubious for a pair of cheap headphones.

While the Nord Buds connect using Bluetooth 5.2, they’re only offering support for the SBC and ACC codecs, which aren’t the top of the line for audio quality or latency. OnePlus suggests a low 94ms of latency is available in Pro Gamer Mode, which is again limited to OnePlus phones, but that’s not impressively low anyway.

Where the OnePlus Nord Buds impress is in their performance. For $40 earbuds, they’re really not bad. When listening to a podcast or video that’s just speech, the poor signal-to-noise ratio is more evident, with the high-frequency noise coming through, but when listening to music or anything with fuller use of the sonic range, these earbuds impress.

The 12.4mm titanium drives live up to OnePlus’s suggestion that they can deliver deep bass. It’s surprising every time a big bass hit comes in and it doesn’t have some of the weaknesses we’d expect from such a small speaker.

The performance depends somewhat on what’s coming through though. With music that’s a bit more sparse — not loading up the bass, mids, and treble all at the same time — the soundstage can feel surprisingly large. But kick on some dense tunes, like just about any Of Montreal track, and the soundstage of the buds creeps in fairly close. With a lot of action in the mids, it gets especially cramped. The sound quality may not live up to what you could get from a $40 pair of over-ear headphones, but it’s still impressive from a pair of $40 earbuds.

The latency of the buds is noticeable, though, so they may not be a top pick for those who want to do a ton of video and are sensitive to it, even less so for gamers where audio latency becomes a particular distraction.

On the other hand, the microphones are surprisingly clear, doing a good job of cutting down on background sound. Even with an air conditioner and fan running in the background, the Nord Buds only pick up our voice, effectively. It doesn’t come through rich, like a quality boom mic on a headset, but it’s clear enough for calls and voice chat.

After the audio quality, the most impressive bit of performance from the Nord Buds is the battery life. They’re offering seven hours of charge from the buds and an extra 23 hours from the case, with 10 minutes of charging promising to put another 5 hours back into the case and buds. We see the battery life claims living up to spec, as a workday away from the charging case with just one bud (an accident, we confess) saw us make it through the day without the lone bud ever giving up.

The Nord Buds do have intermittent hiccups in connectivity. Sometimes there will be a pop sound, likely some signal confusion, sometimes the stereo audio will get out of sync for a moment — each time, it’s plainly noticeable, but they are rare enough to not be a major bother.

The Nord sub-brand from OnePlus is all about value, and the OnePlus Nord Buds are delivering it. While these $40 buds don’t have some of the headline features of popular earbuds, like active noise cancelling or a wireless charging case, they provide plenty of value with solid enough audio quality and a battery life that can get you through a busy day.
16
Share