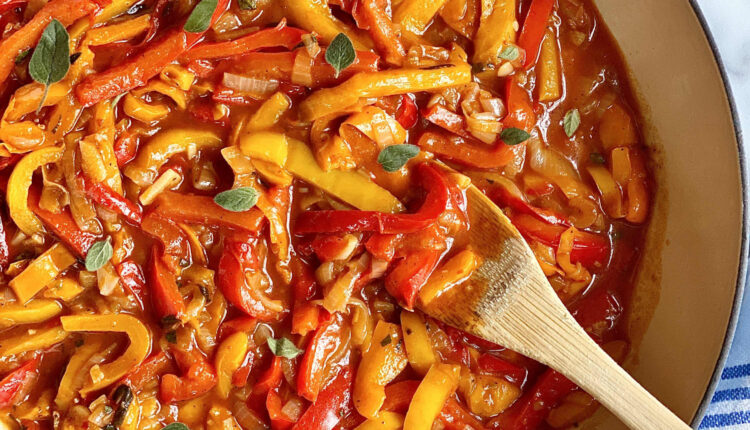 A celebration of the island nation’s  Sri Lankan food with dishes from Rambutan, the new cookbook by economist turned restaurateur Cynthia Shanmugalingam ,growing up in Coventry in the 1980s and 90s, Cynthia Shanmugalingam recalls being faintly embarrassed by Sri Lankan food. She has a vivid memory of her friend Amy coming over to her house when they were 15. As usual, Shanmugalingam’s mum set up Amy and Cynthia in one room, eating fish and chips, while in another room the rest of the family had a selection of curries and rice.

“I don’t know why we did that,” Shanmugalingam says. “It’s not like somebody said our food was disgusting or anything, but maybe it was an inherited perception. Anyway, Amy said, ‘Can I have what you’re having in there?’ And I was like, ‘Don’t ruin the chips! It’s the only time I’m allowed to eat them.’ I remember my parents saying to Amy, ‘I don’t think you’ll like it.’ But she said, ‘Can I just try it?’ She thought it was delicious. That was a turning point for me.”

Now in her early 40s, Shanmugalingam considers Sri Lankan food to be “one of the world’s most unsung cuisines”. She is hoping to help change that, first with a very personal cookbook, Rambutan: Sri Lankan food, and then in the autumn by opening a restaurant of the same name in London’s Borough Market. Shanmugalingam wasn’t planning for the two ventures to run so close together, but her “pandemic baby” turned into pandemic twins.

What defines and distinguishes Sri Lankan food? Well, curries definitely are at the heart of it. “If it moves, we can curry it,” Shanmugalingam likes to joke. But what makes it unique, she thinks, are the different cultures and colonisers that have tweaked the cuisine over the centuries: Javanese, Malay, Indian, Arab, Portuguese, Dutch and British among them. Coconut milk and oil are more abundant than butter or ghee; there’s phenomenal seafood from shallow lagoon waters; dal and rotis from southern India. “It’s a melting pot of all these different influences,” Shanmugalingam says.

There are a few reasons, she believes, that Sri Lankan food isn’t better known outside its borders. The obvious one is the 25-year civil war that started in 1983 between the Sinhala majority government and Tamil rebels. The country remains profoundly turbulent: shortages of food, fuel and medicines have left it on the brink of collapse this year. “For a country so beautiful and interesting,” Shanmugalingam says, “it’s not as travelled to as it could have been if it hadn’t elected a series of idiots.”

Shanmugalingam, whose parents left for the UK in the 1960s, also suggests another factor. “Sri Lankan tend to do sensible jobs,” she says. “My sister’s a doctor and my cousins are actuaries. I studied economics, which I always say is like doing fine art if you’re Sri Lankan. It’s the most out-there thing you’re allowed to do.”

Before concentrating on cooking Shanmugalingam was a strategy consultant and economist at the Treasury, but she has worked on pop-ups and food stalls since 2014. Her family is Tamil, from the northern tip of the Jaffna peninsula, and these recipes from home have been supplemented by regular visits all over Sri Lanka during the past decade. “The book was a lot of work but also a joyous, moving experience, because it meant I talked to Mum a lot and went into mates’ kitchens or chatted to their auntie,” she says. “There’s this intimacy that comes with that – people don’t normally let you into their cupboards.”

The result is a cookbook that somehow feels fresh but familiar. Partly because of the bounty of coconut oil, fruit and vegetables in Sri Lanka, more than half the recipes in Rambutan are vegan. “I’m technically Hindu,” Shanmugalingam says, “and most of us don’t eat meat on Fridays. Most of us are part-time vegetarian basically.”

Shanmugalingam is hopeful that Rambutan represents the best of Sri Lankan at a difficult time for the country. “People borrow and exchange a lot,” she says. “Then there are dishes that everybody knows are the best: like crab curry from Jaffna or black pork belly curry from the south. So, on some things, we agree.”

Recipes from Rambutan by Cynthia Shanmugalingam

Prawn curry with tamarind (above)

The tangy flavour of tamarind and the delicious sweetness in prawns work together like magic. This spicy curry celebrates the match, hailing from the north of the island (Sri Lankan), with smoky roasted chillies in the spice mix and a little satininess from the coconut milk. In Sri Lanka it’s made with the whole prawn – shells, heads and all – which then requires a little arm-wrestling and fiddling as you eat them.

To make it easier, my recipe is made either with raw shelled prawns, or prawns you have shelled yourself. If you have time and want the flavour bomb of the original, it’s worth the effort to get shelling, and then to spend two minutes making a little spicy prawn oil with the shells and heads. It sounds like it could be a bit cheffy or oily, but it’s super-easy and makes for a glossy, complex, glorious dish. Instructions for both methods are below.

It’s worth making your own batch of SL curry powder. It takes 10 minutes and will keep in the fridge in a jar for three months, but feel free to scale the quantities up or down depending on your needs.

Make sure the windows are open and the ventilation is on, because roasting the chillies will kick up an intense smell that carries through the house. In a dry pan over a low-medium heat, roast the coriander, cumin and fennel seeds and black peppercorns for 1-2 minutes, stirring regularly, until they begin to be really fragrant, then pour them into a bowl. Add the oil to the pan, and cook the curry leaves and dried chillies for 2-3 minutes, stirring often. Remove from the heat and when cool, blitz in a spice grinder or mini food processor until fine – you can blitz it in batches if you need to. Stir in the turmeric, and put the whole lot in a jam jar

Prepare the prawns. It may seem gross but it is actually very satisfying to clean prawns. You pull the head off each one, and then you slide a finger under the shell and peel it off like a jacket, leaving the tails on the prawns. Keep all the heads and shells in a separate bowl, but discard the “vein” running down the back of the prawn if you want. (I’m usually too lazy to de-vein them and the membrane isn’t harmful, but if you want to: use a small, sharp knife to carefully cut a small line into each prawn by running it the length of the prawn’s back, then with the tip of your knife, remove the black membrane and discard.) Put the prawns back in the fridge.

If you’re making the prawn oil, place a sieve over a heatproof bowl. Heat 2 tablespoons of oil in a wok or medium-sized pan over a high heat. When it’s shimmering and hot, add the prawn heads and shells and 1 teaspoon of SL curry powder. Stir-fry vigorously for 7-8 minutes, until the shells are pink; give the heads a bit of a squeeze with the end of your spoon as you go, as they’re full of sweet flavour. Switch off the heat, and pass the prawn oil through your sieve into the bowl, discarding any prawn shells left in the sieve.

To make the Sri Lankan curry, squeeze the tamarind with your fingers, then discard the seeds and skin, leaving behind the pulpy water. Add 1 tablespoon of oil to your wok or pan over a medium-high heat. Fry the onion for 4-5 minutes, stirring occasionally, until soft. Add the curry leaves, garlic and ginger. Stir-fry for 30 seconds until the garlic is just getting fragrant, then stir in the tamarind water, 2 teaspoons of SL curry powder and the salt, and bring to a boil.

Switch off the heat and if you have it, pour the prawn oil into the curry and stir it in gently so that it is nice and glossy. Dish up, and finish with a generous squeeze of lime.