Chinese CPUs could soon give Intel a run for its money 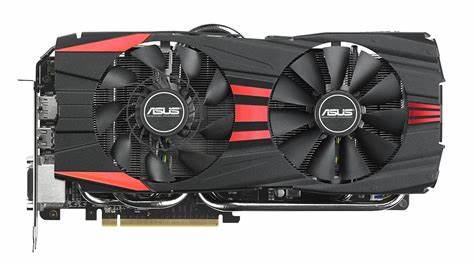 If Intel’s venture into the graphics card market has you wishing for more variety for processors too then you might be in luck.  According to a report from Taiwan’s DigiTimes(opens in new tab), an Intel exec claims that Chinese CPU makers will become “strong competitors” to Intel within the next three to five years.

These comments were made by Rui Wang, SVP of Intel Corporation and chair of Intel China at the 2022 National Party Congress on March 11, though no specific maker of Chinese processors was named. Tom’s Hardware(opens in new tab) also notes in its own report that this could simply be Wang trying to be polite given the event was hosted by the Chinese Communist Party given the lack of data provided alongside the predictions.

In fact, the only real support we can see provided for this prediction comes from China’s Minister of Information and Technology, Xiao Yaqing, who asserted that the domestic chip industry had grown by a third since this time last year.

Play Now In Your BrowserHero Wars

“So far there has not been any local companies that are able to deal a substantial threat to Intel, but in 3-5 years, it will become clear that local companies will emerge as strong rivals,” claimed Wang, though she also added some precaution that beating the mighty Team Blue in such a short time is far from an easy task given they make some of the worlds best processors, stating “Intel won’t be polite, and will exert its power to compete fairly.”

It wasn’t made clear if Wang’s claims referred to Chinese brands dominating the global market or simply taking the lead in China. Even if specific manufacturers of processors such as Zhaoxin or Loongson were mentioned, chances are they’re unfamiliar in the west so there’s little chance of recognizing them unless you’re more involved with the world of computing.

Still, China’s IT infrastructure is growing at an incredible rate, so while these claims may seem like nothing but appeasement, there is a chance that they could prove true if we see hardware that was previously exclusive to the region released globally. Right now, China provides around a quarter of Intel’s annual revenue alone though, so whatever rival processors are hoping to bring the heat, they will need to start on home turf first.

Opinion: Is this good or bad for consumers?

It’s pretty obvious that Intel getting dethroned by unrecognized brands from China is bad news for Team Blue, but adding more competition to the wider CPU market could actually be a good thing for everyday consumers.

More competition on the market will encourage brands to keep their products reasonably priced in a bid to appeal to a wider market than rival manufacturers, which could result in computing hardware becoming more affordable and with greater variety, providing they don’t meet the same fate as many other Chinese brands in the West.

Huawei has been affected by U.S sanctions on Chinese technology due to concerns that smartphones from the brand would be used to spy on behalf of the Chinese government to provide just one example, though computing components may not face the same issues.

China also has its own graphics card (Fenghua) and RAM manufacturers, so we could see other technologies outside of CPUs start to make their way overseas. It’s likely that even if these Chinese processors don’t usurp Intel, they’ll make more of an impact and become more recognizable in the west within the next few years.

source: Chinese CPUs could soon give Intel a run for its money | TechRadar
43
Share

How to install any Android APK on Windows 11