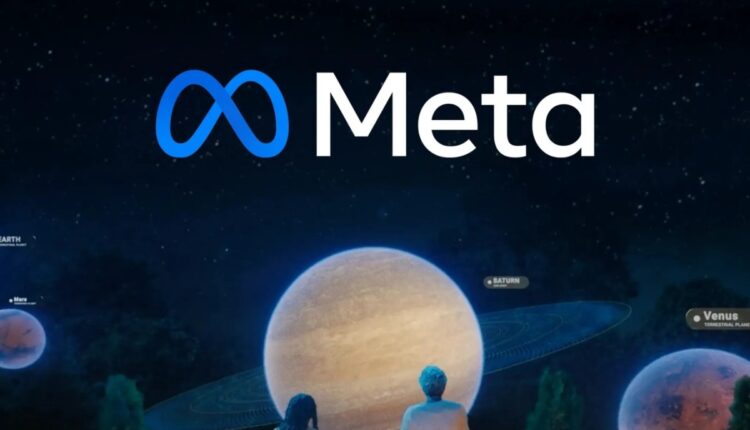 Meta, A new EU law requires companies that gather user data within the union to keep and process that data on European servers. Facebook’s and Instagram’s data, however, is processed on both US and European servers, which is crucial for ad targeting and businesses that operate on those social platforms.

In the report submitted to Securities and Exchange Commission, Meta suggests that if the company fails to comply with the new EU regulations, it will simply stop providing its Facebook and Instagram services within the union. Meta’s VP of Global Affairs, Nick Clegg, argues that this would be detrimental to a lot of businesses in the EU that rely on the services and ads the company provides.

Last week’s financial report sent Meta’s stock plummeting by 25% after the company lost daily active users for the first time in its history. This means the company is likely just trying to put itself in a more beneficial negotiation position instead of actually planning on actually acting up on its threats.

Facebook and Meta are having a hard time. After the company’s quarterly report, Meta stock fell by around 25% wiping $251 billion from the company’s market cap — the biggest drop in its valuation to date. Even though Mark Zuckerberg says that Facebook is reinforcing its efforts and building a new ad infrastructure that would enable the company to target ads to iOS users, the social media company could be in a lot of trouble.

In the report submitted to Securities and Exchange Commission by Meta, the company has outlined a scenario where it will have to shut down Facebook and Instagram in Europe. Currently, Meta processes its data across the US and Europe. Meta says its processing of data across continents is crucial for its business — both operationally and for ad targeting. However, Europe’s new laws require users’ data to be kept (and processed) on Europe’s servers only.

In the report submitted to Securities and Exchange Commission, Meta says:

If a new transatlantic data transfer framework is not adopted and we are unable to continue to rely on SCCs or rely upon other alternative means of data transfers from Europe to the United States, we will likely be unable to offer a number of our most significant products and services, including Facebook and Instagram, in Europe, which would materially and adversely affect our business, financial condition, and results of operations.

Shortly after the news broke, London-based CityAM reached out to Meta for a statement. Meta’s VP of Global Affairs, Nick Clegg, responded by saying that the new rules could have a bad effect on all business owners. “The impact would be felt by businesses large and small, across multiple sectors,” he said.

“While policymakers are working towards a sustainable, long-term solution, we urge regulators to adopt a proportionate and pragmatic approach to minimise disruption to the many thousands of businesses who, like Facebook, have been relying on these mechanisms in good faith to transfer data in a safe and secure way,” Clegg told CityAm.

The statement given by Clegg is true to some extent. Many businesses rely on Facebook and Instagram ads to thrive, not only in Europe but the whole world. The impact of shutting down Instagram and Facebook in Europe would have a detrimental effect on these businesses. While the job of the report to SEC is to outline the challenges a company faces to its investors, analysts, and regulators, it’s also a convenient way to broadcast a message.

It remains to be seen what Meta and European regulators do with the situation, but with the statement, Meta has sent its threat message to the lawmakers.

How Can I Build On SEO Knowledge To Be Better In PPC?