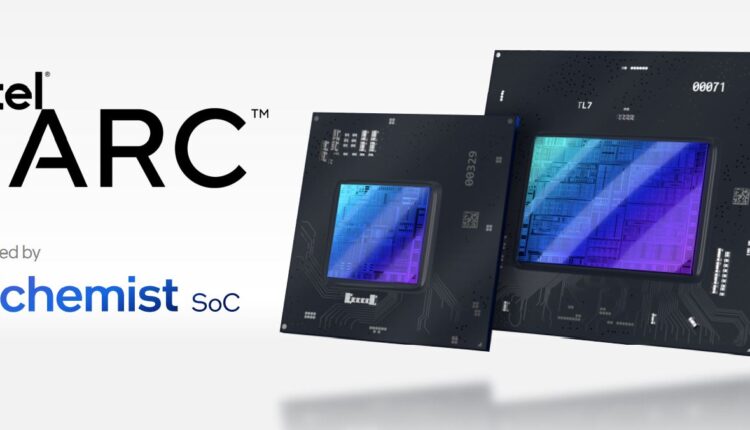 Intel’s Scavenger Hunt is ending in a frantic race to the finish, as the final four questions are all set to be revealed within 24 hours of one another. There will be 300 lucky winners who will be rewarded with a first generation Intel Arc Alchemist GPU for their hard work and diligence.

The Arc Alchemist lineup of GPUs are Intel’s first venture into discrete graphics cards. Leakster APISAK found a test result in the SiSoft SANDRA benchmark database that appears to show an Arc Alchemist high-end desktop GPU. If the leak is true, it places the performance of the GPU just behind that of an NVIDIA GeForce RTX 3070 Ti. That would be a very impressive first showing for Intel if the numbers hold up.
During CES 2022, Intel also announced that its laptop GPUs are set to launch soon as well, perhaps even before the desktop versions. But before any of them launch, Intel is giving anxious PC enthusiasts the opportunity to compete for a chance of winning one of 300 free Arc Alchemist GPUs through its Xe HPG Scavenger Hunt.

The hunt actually opened up late in October of last year, with the first six questions being posted between then and now. The final four questions are set to all be released within a 24-hour time period today. The hunt consists of a total of ten questions, and entrants have until January 31st to find all the answers and enter them on the website. Each question is linked to a clue that can be found in a tweet posted within a certain time period after the question is revealed, from one of nine Twitter accounts listed on the contest page. As of the time of this writing, the first seven questions have been posted. The last three will all be released by 9pm EST tonight.

Perhaps the most insane part of the Scavenger Hunt, is the fact that Intel is giving away 300 GPUs. Grand Prize winners, the top 100, will receive what is termed as a “Premium” GPU in the Terms and Conditions of the contest. Those winners will also receive Intel swag and six months of Xbox Game Pass for PC. First place winners (next 200) will receive what is referred to as a “Performance” GPU, along with Intel swag and 3 months of Xbox Game Pass for PC. The top 300 are also supposed to receive their GPU before they are made available to the public.

If you have yet to take part in the contest, your chances of getting into the top 300 are extremely slim at this point. However, if you would like the chance to get one of the vouchers that are being given away, you still have a solid shot at winning one of those. And with the GPU market as it is, any amount of money that can go toward buying one is a win. It is worth noting that Intel has not made any guarantees as of yet in regard to those who win a voucher, and if there are any plans to make GPUs available specifically for them. One can hope though.

So, if you have been in the midst of the chaos that has been the Intel Xe HPG Scavenger Hunt, hunker down for the rest of the day and prepare for the last questions. If you have not yet began your quest, you can still participate. It is highly recommended if you do to join Intel’s Discord. There are plenty of people there who will be more than happy to help you with the remaining questions and to point you in the right direction for finding the answers to the previous ones. January 31st is the last day you can submit answers, so you don’t want to waste any time. Good luck to any and all who are competing, and may the GPU gods smile down upon you.