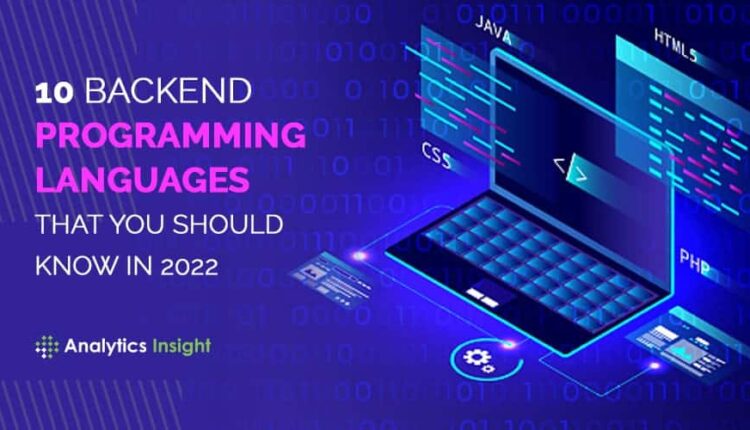 JavaScript is one of the most trustworthy programming languages. Coders and developers use this language for both server-side and frontend tasks. It offers many advantages, including rich interfaces, virtual availability of enormous resources, and interoperability. Furthermore, it is also considered one of the top programming languages in the industry.

Python is quite famous among individuals for its compatibility with advanced technologies like machine learning, IoT, data science, and others. Leading tech giants rely on Python for its functionality. One of its major advantages is that it can be used for web development due to its huge collection of standard libraries that makes the developers’ work more efficient and easier.

PHP is an open-source server-side scripting language that is specifically designed for web development. The language does not require a compiler and includes features such as cross-platform compatibility, OOPs, and provides support for various standard databases such as MySQL, SQLite, and others.

Rust is famous for being a multi-paradigm programming language. The language guarantees memory safety by using a borrow checker for validating the references in itself. The error messages are much more evident in Rust than in other programming languages.

Kotlin is a well-known programming language that is especially used for Android app development. The language allows the developers to add extensions to the classes without modifying the source code. Kotlin is quite efficient for writing complex programs.

C# is one of the most widely used languages for creating system backends due to its incredible features, such as Windows server automation. It is quite efficient to use since it can run codes faster. Some other features which make the language special are cross-platform compatibility, garbage data, and value collection, to name a few.

Solidity is another beneficial programming language that is used to write complex programs and applications. The language is mostly preferred by experts and professionals who are focused on developing blockchain or contract applications.

Perl is a multipurpose programming language originally designed for text manipulation. But it is used for various activities, including system administration, network programming, web development, GUI construction and so much more. Perl can handle encrypted web data that enables secure e-commerce transactions

How to Become a Serverless Developer in 2022