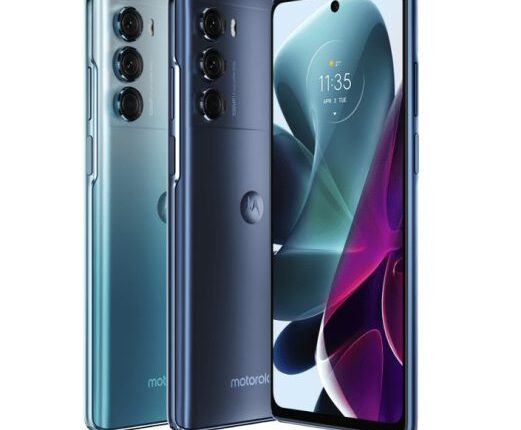 Share
The Moto G200 has achieved an impressive AnTuTu score, having been tested as the Moto Edge 30S, its Chinese sibling. Motorola’s latest budget flagship scored nearly 860,000 points, despite only costing €449.99 in Europe.

Motorola launched the Moto G200 globally earlier this week with a Snapdragon 888 Plus SoC and a 144 Hz display, among other impressive hardware. The Moto G200 is thought to be the global version of the Edge 30S, also referred to as the Edge S30 for some reason. A release date for the Edge 30S is unknown, but an AnTuTu benchmark result has appeared online.

As the screenshot below shows, the device scored 858,852 points with its Snapdragon 888 Plus SoC and LPDDR5 RAM. Hence, Motorola’s latest budget flagship outscores all smartphones on AnTuTu’s leaderboard, including the Black Shark 4S Pro and RedMagic 6S Pro. We would recommend waiting for AnTuTu’s official score before judging the new Moto flagship against the fastest Android smartphones, though.

Motorola is expected to start selling the Moto G200 in December for €449.99 in Europe. By then, some Snapdragon 8 Gen1-powered flagships could have arrived, with Xiaomi tipped to release the Xiaomi 12 in December too. The Dimensity 9000 and Exynos 2200 should all be making their way into smartphones shortly as well, so the Moto G200’s dominance could be short-lived.

Nonetheless, the AnTuTu rating underlines how much performance the Moto G200 offers for its mid-range price tag. Its 108 MP primary camera, 5,000 mAh battery and 144 Hz display add to this too, even if Motorola opted for an IPS panel.

How to Use Wi-Fi Calling on Your Smartphone