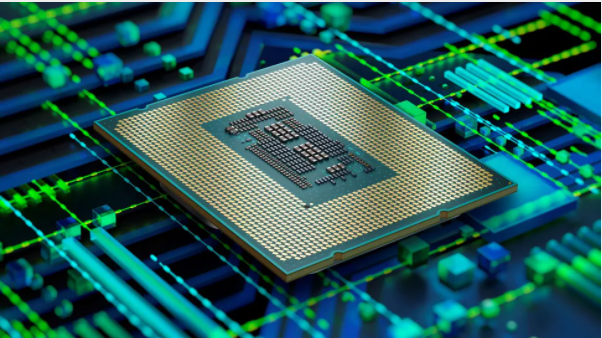 The second half of 2022 looks exciting for PC gamers.

We’ve hardly gotten over the release of Intel’s 12th Generation platform, yet the rumor mill is already spinning with speculation about 13th Generation CPUs, codenamed Raptor Lake. That’s not all. Well-known leaker @momomo_us has teased a release date for Intel’s next-generation high end desktop platform. They claim that both Raptor Lake and the Fishhawk Falls HEDT platform will be released in Q3 of 2022. That’s a little sooner than expected.

The momomo_us tweet is a little cryptic but it doesn’t take much deduction to assume the fish image stands for Fishhawk Falls, while the dinosaur is code for Raptor Lake.

Bear with us while we overload you with codenames. The Fishhawk Falls platform with Sapphire Rapids CPUs is slated to replace the current Glacier Falls platform, which features Cascade Lake-X CPUs and X299 motherboards. X299 launched in mid-2017 so it’s long overdue for a replacement.

When viewed in isolation, the high end 18-core i9-10980XE is a very powerful CPU, but it pales in comparison to the core counts and features of AMD’s Threadripper range with up to 64 cores. Fishhawk Falls should herald a strong return for Intel to the HEDT market after years of AMD dominance. There’s a lot of time to go before we’ll be able to confirm the specifications of the platform, but given what we know about upcoming Xeon CPUs, it’s not a leap to assume that the platform will feature up to 56 cores, PCIe 5.0 support and 8-channel DDR5 memory to go along with a new chipset and very large socket. It’s likely to run very hot too.

Black Friday 2021 deals: the place to go for the all the best early Black Friday bargains.

Raptor Lake is the successor to Alder Lake, and it’s this range of CPUs that are more likely to find their way into our rigs. 13th Gen CPUs are expected to be more of a refresh than a real overhaul, but that’s to be expected given the huge changes introduced with 12th Gen. You can expect things like an E core count bump and clock speed increases. The range is expected to be released alongside Z790 motherboards which may feature things like USB 4.0 and better DDR5 support. Don’t sell that DDR4 kit though. It’s looking like current Z690 motherboards will accept 13th Gen processors after a BIOS update, and they’ll continue to support DDR4 memory.

By the time Q3 of 2022 rolls around, let’s hope that supply is well on the way to being back to normal. The back end of 2022 could be a fantastic time to upgrade. 13th Gen processors will be fighting against AMD’s Zen 4. Also, let’s not forget next generation Nvidia Ada Lovelace and RDNA 3 GPUs. Start saving those pennies! Though if you are hunting an upgrade now, the Black Friday sales are approaching, so do check out our Black Friday Deals page if you’re after a holiday bargain.

Chris’ gaming experiences go back to the mid-nineties when he conned his parents into buying an ‘educational PC’ that was conveniently overpowered to play Doom and Tie Fighter. He developed a love of extreme overclocking that destroyed his savings despite the cheaper hardware on offer via his job at a PC store. To afford more LN2 he began moonlighting as a reviewer for VR-Zone before jumping the fence to work for MSI Australia. Since then, he’s gone back to journalism, enthusiastically reviewing the latest and greatest components for PC & Tech Authority, PC Powerplay and currently Australian Personal Computer magazine and PC Gamer. Chris still puts far too many hours into Borderlands 3, always striving to become a more efficient killer.