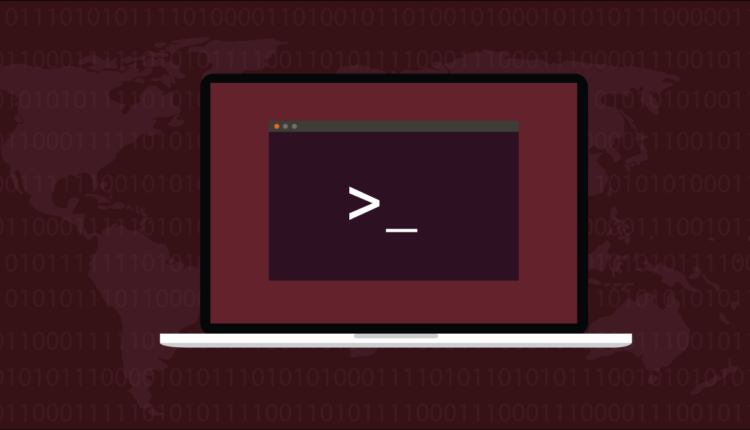 Just getting started on Linux? Making yourself comfortable with the command line is essential. If you’re already familiar with command line utilities, you’ll find that Linux and Mac share much in common, but Windows commands have fewer similarities. Let’s take a look.

Newcomers to Linux are often taken aback at just how much time seasoned Linux users spend on the command line. There are many good reasons why the terminal window is so popular. For system administration, it is by far the most flexible and powerful way to issue commands to your computer. You have more commands at your fingertips—and with more options—than your desktop environment and applications can provide, and the command line is much faster. You can also script repetitive tasks, create aliases, and write shell functions to crank up the efficiency.

If you are thinking of moving to Linux from Windows, or just want to play around with the Windows Subsystem for Linux, you’ll find the command line a rich and versatile playground. There are a lot of commands available. So many in fact, that it is overwhelming for people starting out with Linux.

It doesn’t help that many Linux commands have obscure, two-letter names. But there are other commands with names that you might recognize if you’ve gathered any experience in a Windows command window. Commands like ping and netstat for example, have the same name on Windows and Linux.

Discovering and memorizing commands for tasks you commonly perform on your usual computing platform is a great way to start to feel at home on a new platform. We’ve gathered a collection of 10 Windows commands and we’ve provided the Linux equivalent. We’ve skipped the very basic, simple commands.

Changing directory with cd is the same on both platforms, and ls on Linux does what dir does in Windows. That’s two things less to worry about but they don’t really move you closer to anything that’s genuinely productive. The Linux commands we’ve selected are useful and they have a direct Windows equivalent you’ll already be familiar with if you’ve used the Windows command prompt.

1. Display the Contents of a File: cat

The cat command is the counterpart to the Windows type command. It displays the contents of a file in the terminal window. You can also concatenate multiple files into a single file. It’s the “cat” in the middle of “concatenate” that gives this command its name.

We’ve got a verse of a poem in a file called “verse-1.txt.” We can examine its contents with the cat command by passing the filename as a command-line parameter.

To see the contents of another file we simply pass in the name of the other file:

To see both files at once with a single command, we pass both filenames to cat:

Join 425,000 subscribers and get a daily digest of features, articles, news, and trivia.

To create a new file containing the contents of the two files, we can use redirection to send the output from cat into a new file.

The mimeopen command acts like the Windows assoc command. It associates a default program with a file type.

Windows uses file extensions to identify file types. Linux does things differently. It determines the type of file by looking at the contents of text files or the digital signature contained in the first few bytes of digital files.

To establish a file association, use mimeopen with the -d (ask for default) option, and pass in the name of a file of the type you wish to set an association for.

If the application you want to use is listed, enter its number. In this example, our desired application isn’t listed. We can enter “6” and then type the command that launches the application. We want to open this type of file with FreeMind, a mind-mapping application.

The application is launched for you, opening the file you passed on the command line.

That application will now be used to open files of that type.

The chmod command sets file attributes, much like the Windows attrib command does. On Linux you can set permissions for reading files, writing to files, and executing files, with a different set of attributes for the file owner, the user group the file belongs to, and everyone else. These attributes can also be applied to directories.

Using the -l (long format) option with the ls command shows a list of characters for each file, that looks like this.

In each group, from left to right, the characters represent the read, write, and execute permissions. If an “r”, “w”, or “x” is present that attribute has been set. If a letter has been replaced by a hyphen “-” that permission is not set.

To search through the “/etc/passwd” file for entries matching “dave” we’d use this command:

The string need not be a whole word. In fact, you can search using a rich set of wildcards and regular expressions.

You can also use grep  to search through the output from another command. The ps command lists running processes. The -e (everything) option lists all processes. We can pipe this into grep and look for processes with “naut” in their name.

To see a more detailed description of grep and its regular expressions, check out our full article on grep.

To compare two files, pass their names on the command line:

To see a side-by-side comparison, use the -y (sideways) option. It’s often useful to use the -W (width) option to limit the width of the output otherwise wrapped lines can make the output difficult to interpret.

The lines are shown side by side. Changed, added or deleted lines are indicated by a symbol in the middle of the display. The symbols can be:

There’s a wealth of information available through the ip command. Refer to our full article to learn more.

The counterpart to the Windows netstat command has the same name on Linux. The Linux netstat command displays information about your network connections, including sockets and other data structures. If netstat isn’t already installed on your computer you can install it using the package manager for your distribution.

To see the listening TCP/IP sockets, use the -l (listening) and -t (TCP/IP) options:

Another command that has the same name as its Windows equivalent, ping, probably needs little introduction. It’s a great tool to test network connections and to see whether there is a valid route between networked devices.

It sends ICMP ECHO_REQUEST packets to the remote device and listens for a response. It then tells you whether a connection could be made, and the average round-time trip in milliseconds.

You can use ping with IP addresses or domain and network names.

To send a specific number of ping requests, use the -c (count) option.

Windows command line users will be familiar with the systeminfo command. The Linux lshw command provides the same kind of functionality. You might need to install this command on some distributions.

There’s a lot of output from this command. It’s usually more convenient to pipe the output into less . Also, use sudo with this command so that it has permission to access system files and streams.

To get a condensed overview, use the -short option.

There are many different utilities that show different subsets of hardware information. Check out our full article for a description of several of them.

The Linux traceroute command is the analog of the Windows tracert command. It’s another one you might need to install on your distribution. It counts the hops from router to router as packets make their way from your computer to the remote device. Some devices don’t reveal much about themselves. These secretive devices are shown as a line of asterisks “*” in the output.

You can use traceroute with IP addresses or domain and device names.

A World of Differences

Windows and Linux are worlds apart and yet they share some common commands—and even command names. That’s not too surprising. Windows sockets came from Unix, so there’s bound to be some overlap in that terminology in the two operating systems.

And some utilities are so useful they’re bound they appear on all platforms. The ping command, for example, is found on almost every platform you can think of.

Coming to Linux from Windows is a culture shock, there’s no escaping that. But that’s kind of the point. If it was just the same you might as well stick with Windows. But a few familiar faces can definitely help you ease into the Linux world.

Windows Virtual Machines went down for around 7 hours last night, here’s why