Nokia T20 tablet launched; price to specs, check it out 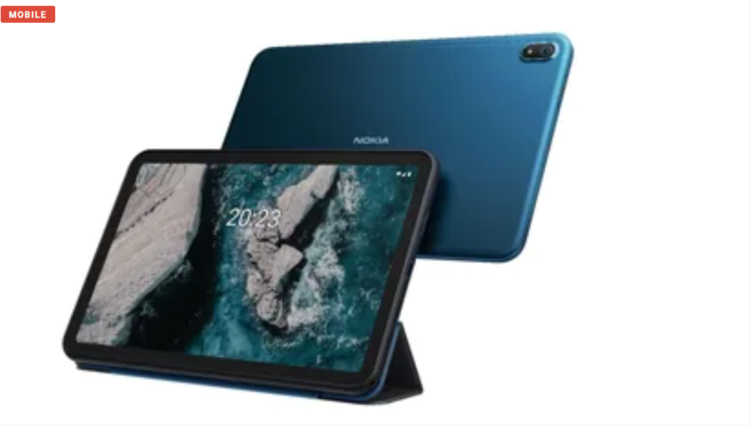 HMD Global is known for resurrecting Nokia-branded smartphones with G-series, X-series devices or even the Nokia 8110, also known as the ”Banana phone”. Today, the company expanded its product portfolio by launching its first tablet, the Nokia T20 tablet, via a global launch event.

As far as the specifications are concerned, the Nokia T20 tablet comes with a 10.4-inch display with a 2K resolution of 1200×2000 pixels, 400 nits of peak brightness and toughened cover glass. The Nokia T20 tablet is powered by T610 processor clocking at 1.8Ghz. This is coupled with up to 4GB of RAM and 64GB of storage space that can be expanded further using a 512GB microSD card. It runs on Android 11 mobile operating system and HMD Global has promised two years of OS updates to the Nokia T20 tablet.

The Nokia T20 camera features an 8MP rear camera with LED flash. On the front, it has a 5MP camera for selfies. In addition to that, it has two microphones, stereo speakers with a power amplifier, and an FM-radio

The Nokia T20 tablet comes with an 8,200mAh6 non-removable battery with a 15W charger. HMD Global says that this battery can last for up to 18 hours on a single charge.