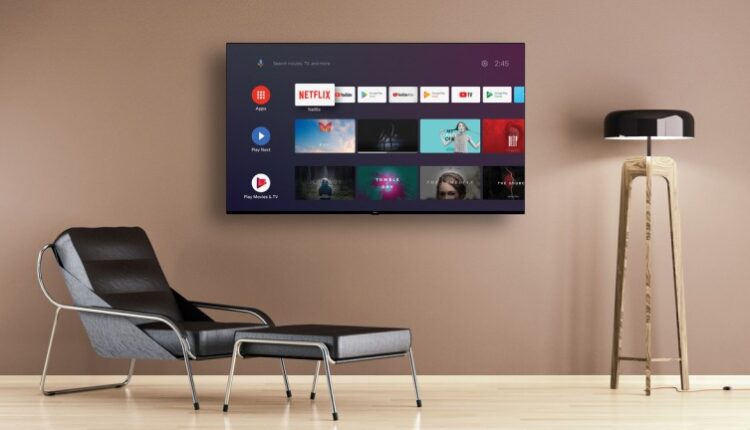 StreamView is the Nokia brand licensee for Smart TVs and Set-Top-Boxes in Europe, Middle East, and Africa, and it has been a while since we heard about any new products from them. So far, the company has launched three smart TVs, a terrestrial receiver, and a satellite receiver this year. There was also an unannounced QLED TV that appeared in a distributor’s listing in early April and later on picked the Bluetooth certification.

It seems that StreamView already announced the first Nokia QLED TV a few days ago. The body comes in black and consists of a tabletop pedestal with a swivel stand, which allows it to rotate without moving the pedestal. There is a 65-inch 4K UHD display panel with a viewing angle of 178° and screen brightness of up to 350 nits. Display enhancements include Micro Dimming and UHD upscaling using Super Resolution.

Additional to the 2 x 12 W speakers found in the 65 and 75-inch 4K LED TV, the QLED TV also packs a 12 W subwoofer “designed to produce more saturated tones and a broader range.” It increases the audio power to 36 W supported by DTS HD, Dolby Digital 5.1, and a built-in Equaliser.

The DDR3 RAM for the Smart TV is 1.5 GB, and the eMMC storage is 8 GB. It also integrates a 1.2 GHz ARM CA55 quad-core with TEE (trusted execution environments) chip and a Mali470MP3 GPU with Android TV OS for its functioning.

While for wired connectivity, you will have the option of:

On a side note, StreamView is pepping to launch three more Nokia QLED Smart TVs with the model numbers 4300D, 5000D, and 5500D, i.e., with 43, 50, and 55-inch screen sizes. CanalDigitaal, a provider of digital television via satellite for the Dutch market, has added the models to its list of supported TVs.

Nokia T20 tablet launched; price to specs, check it out